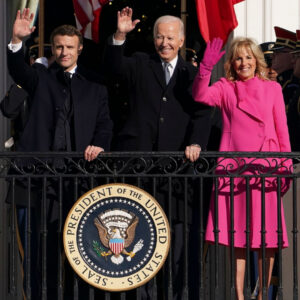 The importance of retaking the House of Representatives from the Democrats cannot be overstated. Even with a very slim margin of victory, the shift in power is destined to be enormous. With the Republicans about to take charge, the repercussions to the Biden administration will be enormous.

It means that Nancy Pelosi and her caucus will no longer have the power or the authority to impede every attempt to hold the Biden family accountable for their decades of corruption. Now that the Republicans have the power to subpoena, which they did not have before the Midterms, those who have been able to obstruct legitimate oversight and appropriate investigations will no longer have the ability to do so. The bottom line is that we will finally be able to see for ourselves just how lawless the Bidens have behaved—not just Hunter but the President himself.

For example, the Treasury Department, headed by Janet Yellen, has refused to release any of the 150 Suspicious Activity Reports (SARs) she has in her possession concerning the unethical and criminal behavior by the Bidens. Yellen has consistently stated that she has been working with Republicans on the Oversight Committee, but this isn’t true. Ut’s a lie. She has obstructed everything, obfuscating the process completely. Now that the Republicans are in the majority, she will be forced to honor subpoenas, release the 150 SARs, and cooperate with the Republicans completely. Yellen’s behavior has been so lawless that I wouldn’t be surprised if she resigned before the Republicans take over in January.

What will come of this is anybody’s guess, but the Democrats in the House will no longer have the power to continue thwarting legitimate oversight of what Joe Biden has done to the American people. They will try, but the Republicans are determined to “get the goods” on Hunter and Joe Biden.