Skip to content
The Democratic Impeachment is Not Honorable; Here’s Why 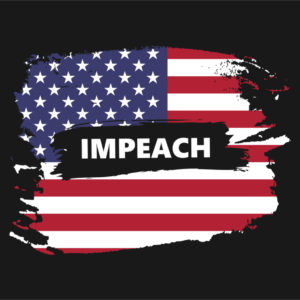 The two Articles of Impeachment against President Trump have been delivered to the Senate, which means a trial presided over by the Chief Justice of the Supreme Court will commence soon. As people of faith, as patriots who believe in justice, the Rule of Law and the Constitution, how are we to view what is happening in our nation’s Capitol, and how should we respond to it?
The Democrats in both the House of Representatives and the Senate have positioned themselves as the champions of the Constitution and defenders of the American way of life, but do they deserve to wear this mantel of righteousness? There are reasons to conclude they don’t.
To begin with, this is the only Impeachment in American history where an underlying crime has not been alleged or specified. As diligently as Speaker Pelosi, Representatives Schiff, Nadler and the other Democrats have tried to find one, if there had been a crime committed, they would have discovered it. Consequently, neither Article of Impeachment against President Trump meets the standard of being treason, a high crimes or a misdemeanor. This means the charges against him have not been predicated with a crime but are completely political instead.
The Democrats have been out to get Trump since he was elected and this episode, a telephone call, is the best chance they have to accomplish their goal.
Not only is their goal flawed but so is their motivation. Despite the fact that they are wrapping themselves in the flag, what they are doing is not honorable. Proverbs 6 says that God hates those who have a heart that “devises wicked plans.” He also hates a “false witness who utters lies.” More than anything, this seems like what the Democrats are doing with Trump’s Impeachment. They have devised a wicked plan to bring down the President, and they have championed those who are bearing false witness against him.
For these reasons and others, I will not support the divisive Impeachment process against President Trump, and I urge you not to support it either. He is an innocent man who needs us to stand with him in this hour of need. I intend to pray for the President and our nation. Will you join me?
By: Jack Watts
Posted in Articles, Government