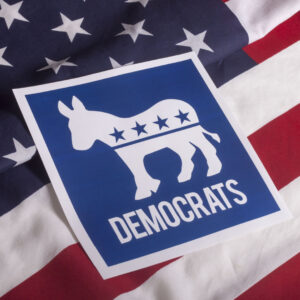 The closing argument for the Democrats is that “Democracy is on the ballot.” They are maintaining that to vote for Republicans is a real threat to the future of Democracy in the USA. Some Democrats have gone so far as the insinuate that supporting the GOP is tantamount to supporting NAZI goals.

I believe the Democrats knew exactly what they were doing. Let me explain why. To make the NAZI comparison, which makes people like us a “threat to Democracy,” the Democrats actually launched a long-term strategy, not just a closing argument for the Midterm Elections.

Here is what I believe is their rationale for doing so. In their internal poling, the Democrats realized that they were about to experience an enormous repudiation to their Progressive policies and candidates. That’s because the American people believe Biden’s policies have driven America’s economy into the ground, destroying the accumulated wealth of generations in the process, but that’s not all they’ve done. They have also engaged in massive abuse of power through the weaponization of the FBI, DOJ, IRS, EPA and nearly every other agency of the federal government, targeting American citizens in the process.

Now that they are about to lose control of both Houses of Congress—the House of Representatives for sure—the Democrats are well aware that their un-Constitutional behavior, as well as their unlawful behavior, is about to be investigated by the House and the Senate. The investigations will include:

—The withdrawal debacle from Afghanistan

—Corrupt dealings in Ukraine and China

—Corruption in the FBI and DOJ

—Collusion of the administration with the media and Big Tech

This is their reason for choosing the “threat to Democracy” as their closing argument. In essence, it’s preselling what is about to come more than what is currently happening. Although deeply cynical, it is also brilliant in a deviant way. My advice to you is to get used to being called a NAZI.