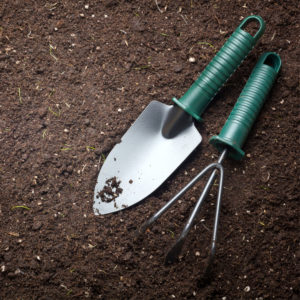 The Master distributed talents, to one man ten talents, to another five, then to a third man one talent.   The man with the one talent, went and hid his talent in the ground.  He took his purpose and buried into the soil of disbelief and misbeliefs.  He did nothing with what God had called him to do.  He did nothing with the gifts that God had given him to make an impact in his sphere of influence.  He mismanaged and failed to invest in himself.  Fear caused him to disregard who he was created to be and who he could become.

How can we, like this man end up in such a spiritual state?  It is actually easier than many imagine.  He discounted and disqualified himself by procrastination.  Probably, like most people, this man had every intention in doing good and accomplishing great things someday.  Procrastination is one of the universe’s stealth destiny destroyers.  This deterrent is also a major deception.  Good intentions never executed is disobedience.  Planning on getting around to it, can make us feel justified in our spiritual nothingness.  Over time destinies get forgotten and buried.

We can move so far from our destinies and the plans of God, that we cannot see God anywhere in sight!  When we are where God is, there is protection.  And when we are not, we become accessible to the dark forces and the sinister powers of the universe.  Our enemies can beat the living hell out of us when we’re in disobedience and misaligned with our purpose.

We can become oblivious to the road map of life and our personal route that we should be embarking upon.  Unless we start excavating in the Spirit realm through diligent prayer and vigilant attention to God’s Instruction Book.

For when we resist the destroyer, he must retreat.  It is our responsibility to search for and shut all doors that enables the evil one to have the upper hand.  And when we are not experiencing success in an area of our life over time, there may be access points giving him the right to invade our lives.

A good example of this is found in the book of Joshua when Joshua prostrated on the ground, confounded, by their defeat in battle.  Then the Lord said to Joshua, “Israel has sinned and broken my covenant! They have stolen some of the things that I commanded must be set apart for me. And they have not only stolen them, but lied about it too, and hidden the things amongst their own belongings.  This is why the Israelites are running from their enemies.  You will never defeat your enemies until you remove these things from among you.”

One destiny stealer is when we treat our purpose with no more value than we do dirt.  Other times it’s because we hide our purpose in the dirt of natural living and fear base belief systems.  Then other times destinies are apprehended because we are hiding our dirt.  Or maybe trying to bury someone else in the dirt, like Joseph’s brothers did to him.  Joseph’s brothers did not deal with the unplowed soil of their hearts, in order to feel like they were just as good as the one they envied and hated, they chose to try to bury their jealousy and animosity, along with their family strife and insecurities by throwing Joseph into a giant hole, then covering it up with  debris as a camouflage for their sins.

Note to the Joseph’s out there, your enemies may try to bury you along with your dreams.  Arrogantly smirking, that their evil schemes against you will never be uncovered.  Seeking to silence your voice.  But the God who formed you from the dust of the earth, he also saw the whole thing go down.  Heaven’s GPS never loses your location, nor of those that attempt to bury you under.

But it’s more difficult to manage your destiny when your own dirt is seeking to bury you.  In the case of Achan, he is like so many in our generation who live by, “If it feels good do it”.  Achan did what Achan wanted, when Achan wanted to.  He turned a deaf hear to the instructions of the Lord.  He took something that did not belong to him.  In fact, what he stole belonged to God.  Then he buried it, much like the man with one talent did.  There’s a lot of truth in this classic quote, “Your talent is God’s gift to you.  What you do with it is your gift back to God.”  Achan then covered up his wrong again by topping it off with his lies.  Hiding and lying are partners in crime.

Achan did this with absolutely no consideration of anyone else that could be adversely affected by his behavior.  Have you ever been in the presence of someone who was told in very clear terms, not to do something and while they appeared to accept the instruction, only to do exactly what was prohibited? If God was not all knowing, he’d probably be bald from scratching his head for every time one of his servants did just that!

Achan never dealt with his dirt.  Instead he buried his dirt; of lust, covetousness, discontentment, rebellion, arrogance and lack of integrity into more dirt.  Things get messy when we refuse to deal with our heart issues, our belief issues, and our character issues.  It’s okay to be a mess.  It’s not okay to stay one.

Life would be so much fairer, if those that sin were the only ones affected by their unrighteous decisions.  Since no man is an island unto himself and the human race is actually a complex and connected network; there is a cause and effect.  As was the case of Achan, who brought destruction upon his whole family.

“Whoever despises the word and counsel of God brings destruction upon himself, but he who fears and respects the commandment of God is rewarded.”  Proverbs 13