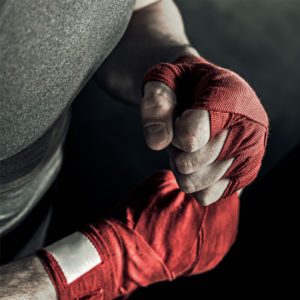 His wages had been changed several times and each time, he was cheated out of what was rightfully his.  Jacob couldn’t take any more.  He told his two wives that he’d had enough.  He was tired of fighting.  It seemed like he had spent his whole life fighting.  First, it was his brother and now his father-in-law.  “It’s time for me to go home,” he told his family.  “God still has a plan for me.”  So, despite his fear of his brother, Jacob started packing.

It had been a busy few days.  Everyone was on edge, bickering over the smallest thing.  Hot and steamy days made packing difficult, adding to that the fear of an unknown future.  At least it wasn’t raining.  Finally, they strapped the last of their bundles to the donkeys and started their journey.  Jacob took a deep breath and with a sigh, felt a sense of relief.  Finally, they were on their way.  He was glad, because he was tired of fighting.

It wasn’t long before the road seemed long and everyone was hot and weary.  The children were bickering about who would ride on the donkeys next and who had to walk.  His wives were constantly picking fights and competing for his attention, and traveling made their fighting even worse.  Jacob couldn’t wait to lie down under the stars and have some peace, not knowing he still had the fight inside of him.

Suddenly a man, the Angel of the Lord, appeared before him and that man was ready to fight.  Wrestling all night, Jacob threw everything he had into wrestling him, not knowing he was fighting against God.  When it was all over, Jacob was no longer the same.  He walked with a limp, his name was changed, but more importantly, the fight inside of Jacob was gone.  Nothing else changed.  The kids were the same. His wives still fought, but Jacob was no longer the same. The fight inside of him was gone.

Are you tired of fighting?  Do you feel on edge?   Does it seem like everywhere you go, life is unsettling?  Politics, wars, rumors of wars, pandemics, famines, and empty grocery shelves bring fear and panic.  It seems like everyone is upset and many feel they need to be prepared to fight.  Did you know that just like Jacob, you can be filled with the peace of God, even if the world around you is in turmoil? Take your burdens to the Lord and let your fight go.  There is a Spirit of war at work in the world today.  Fearful and anxious people feed his ability to spark fires wherever he goes.  It’s not your fight any more, only God Almighty can stop him.  Let the fight inside of you go!

Jacob left his battlefield with a new name and a new way to walk, ever mindful of the day he contended with God and won.  It isn’t cowardice to give up the battle, its wisdom to know to whom the battle belongs.

And let the peace of Christ rule in your hearts, to the which also ye were called in one body; and be ye thankful.ASV

1 Samuel 17:47…and that all this assembly may know that Jehovah saveth not with sword and spear: for the battle is Jehovah’s, and he will give you into our hand.ASV