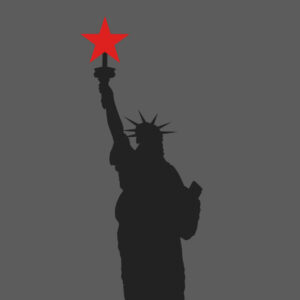 To be who God has called you to be, you must recognize who you are first. This begins by allowing God’s Word to define you, not the visious accusations of those who hate you. Although this seems obvious, there are millions of God’s people who have allowed the untrue denunciations by Progressive Neo-Marxists from the Democratic Party to label them. Fearing the disapprobation of Leftists, especially being called a racist, people of faith have demurred, retreated and abstained from participating in the political process.

Not wanting to be labelled negatively, they have refused to be who God has called them to be. If this has been you, you must change. To be counted among those who stand for righteousness, you will have to make a concerted effort to engage or reengage. We are not called to be piñatas for Progressives to beat at will.

Remember, to do nothing, to say nothing, to refuse to get involved, is to act. Abstention is an act. By remaining aloof, you are not maintaining neutrality. What you are doing is capitulating to evil, even if you don’t want to admit this is what you are doing.

Understandably, few want to get involved in all the nastiness handed out by the Progressives. Most of us want to avoid conflict. It’s so distasteful. By nature, we are peaceful. Being a fruit of God’s Spirit, peace is what we seek, but this does not mean it’s okay to run away from those who want to destroy our American way of life. We simply can’t allow what has been established for over four hundred years to be torn asunder by Neo-Marxists.

Instead, we must make the commitment to become active. We must fight to retake the USA from darkness and depravity. If we do not, in our infidelity, we will lose every blessing God has bestowed on our nation since its inception. Our heritage will be taken from us by those who hate us and everything we stand for.

The situation I am describing isn’t me being hyperbolic. It’s what will happen and is already happening. There is never a day that goes by that you can’t see how badly the USA is declining. Many things are lined up against us. The media, academia, Hollywood, professional athletes, compromised ministers and every agency of the federal government view us as the enemy. They hate God, God’s people and the traditions that have made America great. Make no mistake about it, our enemies, who are also the enemies of the Lord, intend to subjugate and destroy every one of us. This is not an exaggeration. This is their end game.

It seems like we are outmanned. All we have is ourselves and the Lord, but that’s sufficient—more than sufficient. It’s all we need. We can prevail and we should prevail. The victory can be ours. If you want to know what you can do, that’s easy. Ask the Holy Spirit to enlighten and guide you. He will, but you have to be willing to obey His leading. Don’t decline because you’re waiting for the Rapture. That’s a cop-out. Get busy at being faithful. That’s what is required in these desperate times. Do it now, before it’s too late.