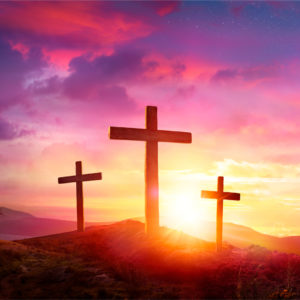 It seems like two things are happening right now: First, there are A LOT of prophecies being spoken–like, really a lot. Second, people are expectantly waiting to see the fulfillment. And that is the nature of prophecy–we want to see it come to pass.

I would like to share with you one of the greatest prophecies that has ever been declared. It is recorded in Isaiah 53:4-5. “​Surely He has borne our griefs (sicknesses) And carried our sorrows (pains); Yet we esteemed Him stricken, smitten by God, and afflicted. But He was wounded for our transgressions, He was bruised for our iniquities; The chastisement for our peace was upon Him, and by His stripes we are healed.”

There it is, there is the prophecy. Isaiah declared something that God was going to do.

Then…some exciting, jubilant words were recorded in Matthew 8:17, that it might be fulfilled which was spoken by Isaiah the prophet, saying: “He Himself took our infirmities and bore our sicknesses.” And there it is! The FULFILLMENT of what Isaiah prophesied. Jesus came. Jesus healed. He healed all. He took away every sickness and every pain. Where did He take them? Far away from the people.

The prophecy–the spoken words declared under divine inspiration of the Holy Spirit–came to pass exactly as it had been foretold. And, wait, it gets better…

I Peter 2:24 says, who Himself bore our sins in His own body on the tree, that we, having died to sins, might live for righteousness—by whose stripes.YOU WERE HEALED.

This beautiful scripture tells us that this divine prophetic word came to pass and we can look back at it, stand on it, declare it over and over, and take it because it is ours right now. It is ours for the taking. We can have it right now. It’s done, it’s finished, it’s over and it is there to be applied to our lives. Jesus did this for us. Listen…

When someone says something we agree with, we tell them, “You nailed it!” Well, Jesus nailed a note to the cross saying, “It Is Finished”. He nailed it. He nailed sickness. He nailed disease, He nailed pain. He paid the price for all of them and nailed the note declaring that the great prophecy spoken by Isaiah was complete…fulfilled.

If you are suffering from anything…I mean anything…in your body today, give this prophecy your time and attention. Declare it and make it personal. How? Like this:

Jesus, you came, you took the punishment, you received those wounds and paid the price for me to be healed of all sickness and all pain. I agree with this prophetic word, I believe it was fulfilled by You. I receive healing into my body now. I receive the fulfillment of Isaiah’s prophecy. I receive healing. I receive wholeness. I receive your finished work in my body.

Now begin to rejoice that you are mending from this moment. Thank God for this beautiful, loving, powerful, majestic prophecy that Jesus fulfilled for you. See yourself as a recipient of this divinely inspired word. Take it, it’s yours. He nailed it for you.