The Impeachment Trial Was a Total Sham 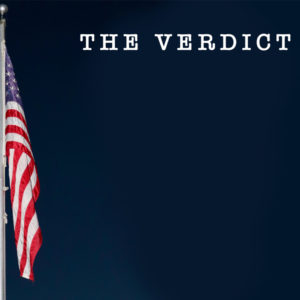 Despite everything that has been conjured up to destroy President Trump and the Deplorables who support him, nothing has worked, including the Schumer-Schiff-Sham-Show. Now that this travesty of justice is about to conclude, barring the revelation of some “Hail Mary” false charge by Trump’s accusers, instead of being remorseful for dragging the nation through the mud over a phone call, the Democrats are bitter that they have been unsuccessful.

Lacking a sense of history as well as the wisdom to know what is good for the survival of our Constitutional republic, all the Democrats can think about is what they can do next to “get Trump.” For those of us who support the President, based on his phenomenal record of success and the fact that his Impeachment was much ado about nothing, we are not angry with Democrats like Pelosi, Schiff, Nadler or Schumer.

It may seem like we are, but this isn’t our precise emotion. Instead, what we feel is righteous indignation. The difference between the two emotions is profound. For the most part, anger is unproductive, but righteous indignation certainly is not. It’s deeply motivating.

The captious Democrats, with the help of the sycophantic media, may think they can use the Impeachment hoax to their advantage, but this isn’t about to happen. Rather, there is going to be a massive backlash against what they have done.

As the weeks and months go by, the full weight of what these miscreants have put us through will be exposed to the light of day. When this happens, the American people will come to realize how perilously close we have come to losing everything.

The Democrats in Congress may have spoken ad nauseum about the Constitution during Trump’s Impeachment trial, but it’s quite obvious they have nothing but contempt for the Rule of Law and the social fabric that holds our nation together. Here are four examples:

1.     Speaker Pelosi lacks the authority to begin an Impeachment proceeding on her own. No Speaker has that authority. It requires a vote from the entire House of Representatives, but she went ahead and did it anyway. Despite what she maintains, the entire proceedings were unlawful.

2.     The investigation into President Trump’s benign phone call was held in secret by the House Intelligence Committee instead of by the Judiciary Committee. Based on this calculated switch, there was a shroud of secrecy around the entire investigative proceedings. When something as important as Impeachment is involved, complete transparency should obviously be the rule, but it wasn’t. Instead, darkness mandated by Schiff was what happened.

3.     In any court proceeding in America, the accused has the right to face his accuser, everybody except President Trump that is. The cross-examination of the Whistleblower was never permitted. Why was this fundamental Constitutional requirement abandoned? Probably because the Democrats didn’t want the true origins of their Impeachment scheme to be revealed. They couldn’t take the chance that their cabal to unseat the President would be exposed.

4.     Our entire system of justice is based on guaranteeing the rights of the accused, everybody other than President Trump that is. In the Intelligence Committee, where witnesses were called, Trump was not allowed to have any, that is unless he was willing to wave his Executive Privilege, a Presidential right that each of the other forty-four Presidents used repeatedly.

Truly, the entire Impeachment proceedings were a sham that undermined our Constitutional foundation, but there will be a price to be paid for what the Democrats have done. By the time the November elections arrive, the full scope of their perfidy will become common knowledge. Then, the collective voice of the American people will finally be heard. That’s when there will be hell to pay.