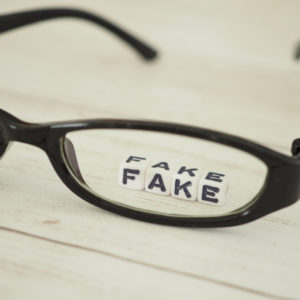 There are some short video clips that never get old. They are shown on TV repeatedly and always make me smile. One of my favorites is of Vince Lombardi, the legendary coach of the Green Bay Packers. In the bitter cold, coaching from the sidelines, he turns and says. “What the hell is going on around here?” All guys recognize this short clip—at least those who maintain an active Man Card.

Concerning what is happening in the United States, I would like to know. “What the hell is going on around here?” Yesterday, I reported that Attorney General, Bill Barr, didn’t believe there was any fraud in the 2020 Presidential Election, only to discover later this story wasn’t true. It was a complete fabrication that had been reported by the “Fake News” media to discourage those of us who are certain voter fraud was massive, especially in Atlanta, Detroit, Philadelphia, Milwaukee, Phoenix and Las Vegas. We believe there was enough of it to deprive President Trump of his legitimate victory. It seems that the purpose of the media has morphed from discovering and reporting the news to twisting reality in an effort to achieve their globalist agenda. In their eyes, this is how they legitimize their duplicity.

I also reported that Gina Haspel, the Director of the CIA, is dead. I quoted directly from an obituary from Ashland, Kentucky, but is she really dead? If she is, then wouldn’t this be an important news item? Although most of what the CIA does is clandestine, can anybody doubt she is one of the most powerful people in the United States, or the rest of the world for that matter? Her death should be headline news, but where is the inquisitive media concerning this?

If the obituary is fake, then where is Gina Haspel? Has anybody seen her? She’s not at the daily Presidential Intelligence Briefings, which is part of her job description. Then, where is she? Is she dead or isn’t she? And, if she is, how did she die? Why is nobody in the media asking these important questions?

Why is there a shroud of secrecy from the CIA? Why have they mandated a complete 100% news blackout? Why hasn’t someone from the mainstream media demanded answers? Does any of this make sense to you? Finally, why is it left up to someone like me to ask these questions? It seems like the White House press corps is more interested in verbally assaulting President Trump’s Press Secretary than reporting explosive news stories.

Perhaps I’m just a kook. I certainly have a couple of ex-wives who would agree with this assessment. If I’m wrong, I can be easily disproven. Just produce Gina Haspel. Have her make a public appearance. All she has to do is show up at a Starbucks with a video clip of her reading today’s newspaper. This would do but, if she cannot be produced, either because she is dead or has been taken out of action, then perhaps I’m also correct about the rest of what I have asserted.

I don’t believe she can be produced because she was shot in a firefight in Frankfurt, Germany. She was at the CIA facility to destroy evidence that would prove there was a vast Deep State conspiracy to make Joe Biden the President by stealing the election from President Trump. Haspel isn’t around because, as the lead conspirator—or at least one of its chief lieutenants—she has been neutralized. Trump loyalists in the military caught her. Figurately, by taking her out, Trump has cut off the head of the snake, but only after the serpentine Haspel named each of her co-conspirators.

But, I have more questions. If I am right, then why hasn’t Trump announced this to the nation? This would be the most important news story so far in this millennium, and it would definitely establish his case for voter fraud. Then, why has he been silent? The clock is ticking.

Maybe I am wrong about all of this. If I am, all you have to do is produce Gina Haspel. If nobody can, and I don’t believe it can be done, then please answer this final question. What the hell is going on around here?