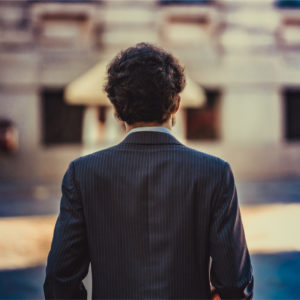 I remember the first time I saw photos of Barack Obama riding a girl’s bicycle while wearing a helmet. I was literally stunned by how effeminate he looked. I couldn’t believe his White House communications staff could make such a blunder. Before Obama, every President went to extraordinary lengths to make certain no photographs of them as American’s Commander-in-Chief would ever be released depicting them as looking less than Presidential.

I felt certain heads would roll at the White House over making such a mistake, but I was wrong—dead wrong. The photos were not a mistake at all. For the Obama administration, they were strategic. As the “Most Admired Man” in the world, Obama was making a purposeful statement. In a carefully orchestrated way, he was self-proclaiming himself to be the “New American Male.”

Instead of exalting the virtues and values of being an alpha male, Obama exchanged this image to champion and advocate a more effeminate version of what an American male should be. Beginning with this photo op, Obama made a statement to the world. Being an alpha male was out; being a beta male was.

Since the time, since that precise moment forward, especially for alpha males, there has been non-stop warfare against men in the USA. You can see it everywhere, especially in advertising. In the third decade of this millennium, being a man’s man is something to be ridiculed, so is being heterosexual.

The warfare has become so extreme that many men are now doing whatever they can to feminize themselves. Those who refuse to do so are chided and marginalized. Being subservient to women is now considered virtuous. To balk at subjugating oneself the “New Truth” is to invite contempt, ridicule and disapprobation.

But why would all of this be happening, you might ask? What’s the purpose of it?

In my opinion, it is to legitimize and justify the wanton perversion that is overwhelming the American landscape. In the USA, nothing is ever to be condemned, except being male and being white. Right has become wrong, and wrong has become right. Even pedophilia has been renamed to now be “Child Attracted.” This is an effort to make it more acceptable, which it is becoming in some places, including California.

For Christians, the first chapter of Romans is being played out before our eyes. Daily, we are watching our beloved nation decline, and it all began with Barack Hussain Obama riding a bicycle.