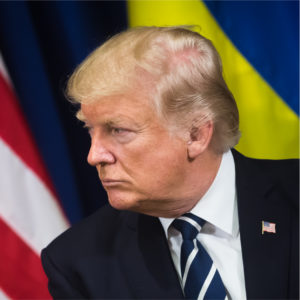 The following is my opinion. It’s about the meaning of the contested 2020 Presidential Election and how it will resolve. Be warned; my outlook is highly speculative but, like all of my COMMON SENSE posts, it is based on a solid foundation.

Currently, President Trump’s efforts to be proclaimed the victor are running on two completely different tracks. There are the numerous legal challenges, spearheaded by the President’s lawyers—Rudy Giuliani and Jenna Ellis—along with independent lawyers like Sidney Powell and Lin Wood. The goal of their united, coordinated efforts is to flip the states where massive fraud took place and allow Trump to serve a second term. From the legal perspective, their efforts have only been marginally successful so far but, from a public relations perspective, they have been phenomenal. The American people are justifiably infuriated that their collective will has been thwarted by massive crimes.

As each day passes, with additional evidence of voter fraud being uncovered, the outrage of the American people will continue to increase. It is becoming so intense that neither the media nor Big Tech will be able to squelch it with assurances that “there is nothing to see here. Move on.” The hope of Trump’s legal team is that public fury over Joe Biden’s fraudulent victory will become so intense that it will adversely influence the legal cases enough to tip the scales in the favor of the President.

Will this work? It may, but it’s not probable, especially since the time constraints continue to work against the President. It’s certainly necessary to pursue this avenue though. The American people, whether they support Trump or not, need to know the truth about what really happened.

Then, there is the second avenue. It is far more significant, far more robust than all of the legal battles being pursued put together. Despite this, none of it is being done publicly. Because it isn’t, all we can do is speculate about how it will end. Nevertheless, I have a pretty good track record at connecting the dots.

My theory begins with the raid on the CIA farm in Frankfurt, Germany, where servers used to launch the algorithm in Dominion Voting Machines were implemented. These servers were seized in a raid by Army Rangers. In the firefight over possession of the servers, four Rangers and one CIA operative were killed. Perhaps CIA Director Gina Haspel was wounded in the firefight as well. She died on December 1, perhaps from these wounds. I’m not absolutely certain this is what killed her, but I am certain the raid occurred. I am also certain we are in possession of the servers. Forces loyal to the Commander-in-Chief and the American people won the battle. As has happened throughout our illustrious history, Rangers led the way.

The servers are now in the hands of the 305th Military Intelligence Battalion, nicknamed the Kraken. Their job is to dissect the algorithm’s code in the servers and analyze them completely. Their goal is to reconstruct the algorithm so that it reveals precisely what transpired the night of the election. Having worked on this effort nonstop by an entire battalion of IT specialists, the 305th probably has pieced everything together by now. If not, they must be very close to doing so.

What they are doing is ground zero in the global cyber warfare transpiring between President Trump and the Deep-State traitors on the other side. While all of this has been happening—out of sight of the American people—the Justice Department has quietly released a news story in the Wall Street Journal saying they have amended their “execution protocols” to include firing squads and poison gas. When this story ran on the front page, it must have seemed odd to most readers, but it wasn’t aimed at average WSJ subscribers. It was targeted directly at those who have perpetrated this voter fraud. It was meant to intimidate them and I suspect it did. It certainly would send a chill up my spine.

Because of the evidence being assembled by the 305th, I do not believe there is any chance Joe Biden will ever become the 46th President of the United States. Biden must also realize this. His attempted coup, rigging the 2020 Presidential Election, has failed.

Evidence is coming to light that Biden has contacted Senator Mitch McConnell to work out terms for conceding the election. I know this probably sounds crazy, but I suspect this concession has been in the works for a while, despite Biden picking a Cabinet that will never exist. To concede, Biden wants a Presidential pardon. He wants complete immunity from prosecution for himself and his entire family, including Hunter. He also wants to keep the money he received for going along with this fraud, which is purported to be as much as $150 million.

If I were advising President Trump, I would tell him to take the deal. Accept Biden’s terms just as long as he is willing to make a public confession to being part of this plot. When caught plagiarizing in the 1988 Presidential Primaries, Biden made a public confession about what he had done. He needs to do this again. By letting him off the hook, Trump would be sparing our nation from massive rioting, continued lawsuits and millions who will claim Trump actually robbed Biden of his victory. There would be no pardons given to other co-conspirators. All of them need to be prosecuted.

I know this post is wild but so is everything else in 2020.