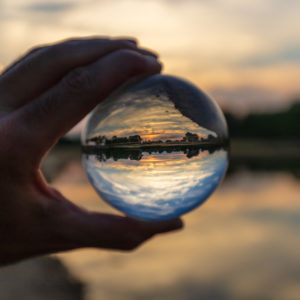 It was Friday night–the beginning of a weekend women’s church retreat. What could be better? God. Food that I didn’t have to prepare. A beautiful hotel. It was going to be good. And then the first speaker opened her mouth…

She had been the praise and worship leader in her church and fallen in love with a bandmate. A full blown affair ensued. She was packing to leave her family. Her bewildered husband entered the room and simply asked, “Is this what you really want?” As she spoke my eyes darted back and forth across the stage looking for the person who would come and escort her away. Why didn’t they cut her mic off? Where was the leader of this event and why were they allowing her to keep going? She continued with her story, “I broke into tears at my husband’s question.” They are still married many years later.

A few minutes into her message, instead of looking for the person who was supposed to drag her off, I became riveted to every word. Never, ever, had I ever heard a speaker in a church or church meeting, speak with such authenticity and transparency. Or be so open, honest and humble. She brought it all full-circle with God’s restoration of her marriage and family. The promise of restoration hung in the air like a thick warm blanket and the Holy Spirit woke me several times throughout the night and defined true restoration. Wow.

So now I’m going to be honest. The rest of the speakers that weekend were good. All quite young and talked about how we are “warrior women”. A good message, but one I had already been preaching for about 10 years. So I truly believed in what they were saying, and I’m glad they carried that word to others. But when you pull away to attend a retreat, you are hoping and expecting a “right now” word. And although I’m sure many women needed to have the warrior awakened, the woman I was initially shocked at, set off a chain of events in me that had nothing to do with being a warrior princess for God.

I had only been in this church a short time after moving from another state. The church I came out of instilled the mentality in its leaders–of which I was one–that you can talk about current victories, but don’t you dare let anyone think you have had challenges in your past. Even if you have overcome those challenges. It was viewed with disdain as weakness.

This is exactly why “that church” lost its relevance and why “the church” today is facing the same danger. We give the impression that we came out of the womb with our hands raised singing the Hallelujah chorus. Sometimes the church acts as though they don’t even need a Savior because they have never done anything wrong. Yet we say we are trying to reach a half-dead, beaten up, confused, angry, scared world. How is anyone supposed to relate to that?

And I get it! The minute we open up and talk about our past mistakes, someone jumps on the elitist bandwagon and smacks us with their story of perfection, forty-five scriptures that let us know just how wretched we are and blocks us on social media so our “devils” don’t jump onto them.

That lady that I thought would be drug off the stage didn’t deserve embarrassment–like my mind initially thought. She deserved a medal for being brave enough to be transparent. Do you know what transparent means? Webster’s defines it like this: “having the property of transmitting light without appreciable scattering so that bodies lying beyond are seen clearly.” That lady made such an impression on me that years later I tracked her down and thanked her for being transparent–transmitting the light of God so I could see Him clearly.

Your story is like mine. It’s got some good, some great and some ugly. Really ugly. Wake up call: we were not born into this world praising God or quoting scripture. We were slimy, crying and in need of a bath. Funny…that’s also what we were like when we realized we needed to be born AGAIN. There is an entire world of people out there who are slimy, crying and in need of a spiritual bath–don’t forget you were once like that too.

I beg you, be relevant. Be transparent. Transmit the light of what you’ve really been through so that others can look at you now and say, “I see God in your story. Will He help me like He helped you?”