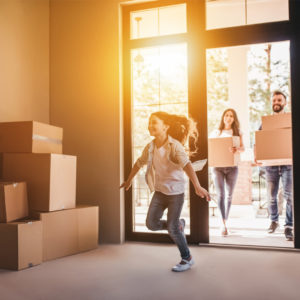 God had a change of plans for us, and soon we were moving to Pennsylvania.  I felt sad to leave our church family, but also excited.  My dad was going to pioneer a new church.  We had to live in a tent for a few weeks, but God had a nice ranch house for us to live in, and my sister, brother, and I loved our new school.  I was fourteen years old, and looking forward to this new adventure God had given us.

I think we were all lost when we left our church to plant another.  It was a new journey for us.  My mom got a new job and worked hard to help with expenses.  My dad started fixing up an old theater for us to have our meetings in.  We sang the old hymns, new choruses, and scripture songs.  Daddy preached and told his stories, and people came.  It was a start, but it seemed slow to me.  I expected that what had been happening at our home church would follow us.  But it didn’t.  Never-the-less, we plodded on.

I loved the Lord, with all of my heart, and so I went wherever there was a special service.  I often sang in the choir at the 9 am service in the Presbyterian church.  Cheri and I went to special services at the Free Methodist church and weekly youth meetings at the Methodist church.  I also attended a local Pentecostal church’s Thursday night prayer meeting.  Of course, I was at our church every time the doors were open.  I did whatever my dad wanted.  I played the piano, taught a Sunday school class and helped him and my mom plan all events.

We didn’t have a lot of money.  I remember once when we had very little in the kitchen cupboards, someone came and brought us bags of groceries.  People would often give us home-canned food, and it was then that I discovered venison.  I discovered I didn’t like it.  But God was very good to us.  We had no lack and always had more than enough.

My dad was a strict father.  There were a lot of things I wasn’t allowed to do.  I had earned the right to go to district chorus three years in a row.  The event was located several hours away and my dad said I couldn’t go because I would stay with strangers.  In my last year of high school I was, once again, chosen to go.  The school principal and music teacher went to my dad and guaranteed my safety if he would allow me to go, and he did.  I couldn’t go to dances or spend the night with friends, but I didn’t miss those things.  My family was enough for me.  I did, however, have a few excellent friends who have remained friends to this day.  It was during this season when Cheri and I saw several school teachers come to know Jesus.  I never went out to target someone and witness to them, I just lived my life and somehow God used it.

My dad had always been a good story teller.  When Cheri and I were small, he would read to us.  Our bedtime stories were full of the adventures of Uncle Wiggly and Nurse Jane Fuzzy Wuzzey.  But this kind of storytelling was different.  He worked at perfecting his preaching/storytelling gift while going to Bible school, but preaching twice on Sunday and every Wednesday night developed his gift even further.  He became well known for his storytelling.  Sometimes, when he would preach, it was like watching a movie but without the pictures.  You could close your eyes and imagine the whole story as he told it.  I never tired of listening to him.  Some of his messages became so popular that he would be invited just to speak a certain message.  While many people will ask for a song to be repeated, it is unusual for someone to be asked to repeat their sermon, but it happened to my dad, often.  There are a few messages that I’ve heard him preach probably twenty to thirty times.  He was invited to tell his stories at tent meetings and special church services throughout the area.  He also started writing songs, and we sang them everywhere.

My mom has always been a quiet woman, but she is strong, and she was a good pastor’s wife.  She planned a lot of fun things for the church to do, and even though she wasn’t naturally a stage person; she played the piano and organ for church.  I never heard her complain about doing these things.  She worked hard, always making sure we had lunch money for school.  I often felt sorry for her because she hadn’t married a preacher.  She had married a farmer and musician.  This was not the life she expected, but I never heard her complain.

The hardest thing about ministry, for me, was watching my mom and dad, criticized for the job they were doing.  They had sacrificed a lot to enter “the ministry” and I just couldn’t understand why anyone would think poorly of them.  For some reason churches attract ministry critics much like a restaurant attracts food critics.

Cheri has always worked hard, and even then, she had a job.  She and my mom loved the Yankee’s baseball team.  Cheri saved her money and took both my mom and dad to Yankee Stadium in New York City.  I stayed home from that trip (I’m not much of a sports person).  They were gone for the weekend and when I got to church that Sunday morning, one man in the church verbally attacked me.  He was offended that my dad would miss a Sunday morning.  It didn’t seem to matter that my parents seldom took a vacation and that the service was well taken care of.  I felt indignant and remember giving that man a piece of my mind.  I don’t think I had ever spoken back to someone in such a way before, but the words just spilled out.  From that day on, I feared what church people might think of the choices I made.  That fear followed me as I entered my own full-time ministry.  It was as if I had to justify every penny I spent and every day off I would take.  I would always remember that man shaking his finger at me and accusing my dad of being a bad pastor for missing a Sunday morning.

Our house was about four miles outside of town.  We had to ride a school bus to school and in my senior year, our school was condemned.  Just about a week before school started, one of the walls caved in, and as a result, the school board came up with a creative way for us to have school.  It was decided that we would share another school, their classes being in the morning, and ours in the afternoon.  Everyone would be bussed giving Cheri and me over an hour’s ride each way, every day.  One day I noticed a girl sitting alone on the bus crying.  I didn’t know her, but I sat down next to her and asked her what was wrong.  She told me she informed her father that morning, that she thought she might be pregnant.  He told her not to bother coming home.  She didn’t know what to do.  I suggested that after school, she get off the bus at my house, and go home with me.

I hadn’t asked my mom and dad but just assumed it would be ok.  Later, after we got my new friend all tucked in for the night, my dad told me he wanted to talk to me.  I thought I might get a scolding for bringing the girl home without asking permission.  Instead, Daddy told me something that would stay with me for years to come.  “Debby,” he said.  “I just want you to know one thing.  No matter what you do, no matter how ashamed you might feel, you can always come home.”

“But when he came to himself he said, How many hired servants of my father’s have bread enough and to spare, and I perish here with hunger!

I will arise and go to my father, and will say unto him, Father, I have sinned against heaven, and in thy sight:

I am no more worthy to be called your son: make me as one of thy hired servants.

And he arose, and came to his father. But while he was yet afar off, his father saw him, and was moved with compassion, and ran, and fell on his neck, and kissed him.” ASV

Those words sunk deep inside of my heart.  They reminded me of the prodigal son who had left home with his inheritance and lost everything.  I’m sure he felt ashamed to come home, but he finally realized that going home was what he should do.  As he was coming, his father, who had been looking for him, saw him off in the distance.  Running to his son, I can almost hear him saying, “You can always come home.  My son, didn’t you know, that you can always come home?”

While many people think God, our Heavenly Father, has rejected them, because of some sin or failure, I know no matter what you or I have done or may do in the future, we can always come home.