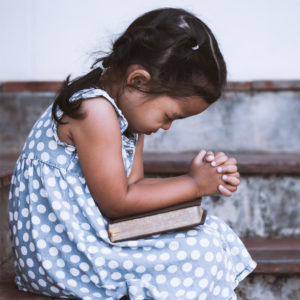 Someplace between the last day of my seventeenth year and the next day, when I turned eighteen, I grew up.  At least that is the way my dad treated me.  A few days after my eighteenth birthday, I asked him if I should go to music school or Bible school.  He had been telling me what to do my entire life, but on this day, it all ended, and his response shocked me.  “You are eighteen.  You need to make your own decisions.”

“Well, you had better pray and figure it out.” He stood there with a look that said the discussion was over. I knew better than to argue.

I couldn’t believe it.  He always told me what to do.  Now he says, “you’re eighteen. You need to learn to figure these things out for yourself.  Ask God.  He’ll tell you.”  I now know that what he wanted was for me to stretch my faith and learn to hear God for myself, but I felt totally inadequate.

I went to Bible school, but I still looked for his advice.  One day while away at school, I was again wondering about plans for my life, and I called him on the phone.  “I have this opportunity and that opportunity, what do you think I should do?” I asked.

“Deb, you can do anything you want.  You live in America, and you have opportunities people in other countries will never have. You can do and be anything.  All you need to do, is pray and figure out what God wants you to do.”

Something clicked inside me and from that day on, I never doubted my ability to do things.  His words spoken over me established in me a belief that I could do anything God had for me to do.  I could sing, play piano, cook, travel, write books, sew clothes, crochet, make wedding cakes, create jewelry, you name it – I attempted it because my dad spoke those words over me.  Not because I am so gifted, but because my dad said so.  I have been so grateful for his words to me.  He challenged me to learn God’s voice.  He expected me to rely on God and not him. Ephesians 6:10 tells us to be strong in the Lord, and in the power of his might. My strength came in learning God’s voice, and with that ability, he would make me strong and give me the ability to do whatever he put in my hand to do.

Ecclesiastes 9:10 “Whatever you find to do with your hands, do it with all your might,” NET

When Cheri and I were younger, and Daddy would tuck us into bed at night, one of the last things he would say to us was, “Make sure you practice praying tonight before you go to sleep.  Practice praying in the Holy Spirit.  It’s important.”   My dad expected us to practice praying, and hearing God’s voice, knowing there would be a day when we needed to hear God’s voice and not his.  He always expected me to do what God said and to figure that out for myself.

I know that not everyone is blessed to have a dad like mine.  However, praise be to God, that we have a Heavenly Father who speaks greater blessings over us every day.  He is looking for us to develop a relationship experience with him.  He wants us to comprehend and hear his voice.  To talk to him about our life.  He is interested and longs to spend time with us.

So when my dad was encouraging us to practice, he was teaching us much like Eli the priest taught Samuel, in 1 Samuel 3:9-10.

I had spent so much of my life listening to my dad that I could hear him enter a crowded room.  One night he and I were in Seattle, Washington.  We were taking part in summer camp meetings, and he was the night speaker.  I had arrived before him and found a nice seat for us in the front row.  The musical group was warming up and everyone was milling about, greeting each other. There was a lot of noise. As the time to start got nearer, I wondered where my dad was. He was almost always early and seldom late, but he was this night. I sat down in my seat when suddenly I heard “Ah Hem.” I knew he was in the room, because I heard his voice, I heard the unmistakable way he cleared his throat. Looking around the room, I saw him by the back door. There were hundreds of people talking and yet I heard his voice. I learned that day that the ability to hear his voice came from time spent with him. It is much the same with our Heavenly Father. Time spent with him equals the ability to hear his voice.

Another time, a few years later, I was traveling with my dad.  He was preaching at some special meetings and after he finished speaking, he told everyone, “Debby is going to pray for all of you.  And she’s going to prophesy over you.”

He smiled. “Well, you had better learn quick.”  This was the way he was.  To my utter surprise, scripture verses popped in my head as I prayed for people.  I gave one to everyone that day.

Another time, when we were singing in a church, he said to the congregation, “Deb’s going to lead you all in this song.”

I stood there in amazement as he announced a song that I didn’t know.  Once again I whispered, “Daddy, I don’t know the song.”

He said, “well, you’re going to teach it to them right now, so you had better learn it quick.”

I often stood watching his mouth as he sang.  I followed everything that he did, and I became skilled at reading his lips and expecting his next move.  Even though I would sing the lead parts, I was always following him.  I never knew from one meeting to the next what he would do or expect of me.  It got so I could sing anything right along with him as he sang the harmony.

I complained to him once and said, “Daddy, don’t you think we should practice a little before we get up to sing?”

He looked at me and said, “Deb, if you don’t learn how to wing it, you will never make it in this life.”  We did practice – sometimes, but even if we practiced, he would change something.  I learned to expect that no matter what we sang or how we practiced, the song would be different by the end.

1Timothy 4:1-2 took on a new meaning for me, and I realized I needed to be ready to preach, sing, lead worship, share, pray or travel at a moment’s notice.  This has helped me so much as I do traveling ministry.  One never knows what to expect.  Once, when I was traveling to Africa, I prepared for a seminar.  I thought I would speak for one hour.  After I finished, I was told I had a fifteen minute break before my next session started.  Then I found out that I had two more hour sessions for the afternoon.  After that I was booked at a church for an evening meeting, over an hour away.   I always have dozens of messages with stories on my iPad, along with solo music and worship sets.  I have learned to be ready, I never know what God wants me to do next.

1 Timothy 4:1-2I charge thee in the sight of God, and of Christ Jesus, who shall judge the living and the dead, and by his appearing and his kingdom: preach the word; be urgent in season, out of season; reprove, rebuke, exhort, with all long suffering and teaching. ASV

My dad used to tell me that my great-grandmother Bessie, always had her bags packed, and if anyone said they were going to town or on a trip, she wanted to go.  He often said that I was just like her, because I’ve always had an, “I’m ready to go attitude.”  If my dad and I traveled some distance to a church for meetings, he would tell me what time to be ready to go.  He liked to get up early, probably because of his years on the farm milking cows.  If he told me to be ready at 6am, I knew to be ready at 5am.  He would have been up most of the night struggling to sleep, and as soon as the sun started peeking out from the darkness, he would be ready to go and knocking on my door.  I often slept with my travel clothes on and my bags packed, so I could go as soon as he knocked.

I called me his song bird, his ministering buddy, and cook.  He often teased my husband, Fred, that Fred had stolen his song bird.  Little did we know that our singing days had just begun.  Since then he and I have sung across the United States, Canada, Africa, and the Philippines.  Fred never had a problem with me taking trips with my dad.  We were a team and everybody knew it.