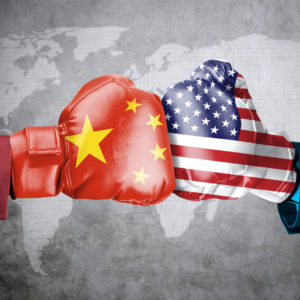 The USA is in trouble—no question about it. Out of jealousy, anger and malice the Chinese Communists have launched an effective biological attack upon us. Their goal has been to use the devastation caused by COVID-19 to allow them to overtake the USA as the world’s economic superpower.

All that remains to be answered is whether this was a premeditated attack or them simply taking advantage of the opportunity COVID-19 presented. Regardless of which it is, the loss of life and the economic devastation caused by COVID-19 is the responsibility of the Chinese Communists and nobody else.

This sneak attack, which has been even more devastating than Pearl Harbor, has definitely caught the United States by surprise. President Trump did a magnificent job of refurbishing our military but, because we never expected any responsible nation to launch biological warfare, we were caught flatfooted. So was the rest of the world. Being aided by the complicity of the World Health Organization, China’s success has been greater than their wildest expectations.

Now, it is our turn to respond to this vicious assault, but how do we do it?

We start by recognizing that this is a different type of warfare than any we have ever fought. It’s economic, not military. By allowing COVID-19 to decimate the USA, Western Europe and other nations, China has made themselves a pariah nation. Because we have such a large manufacturing investment with them, however, we cannot simply stop trading with them—not immediately and not completely.

That would initiate a worldwide depression, but we do need to develop a plan to withdraw the manufacture of any strategic materials from China. Plus, we must never allow ourselves to become their economic hostages again. Those days are over. What they have done is inexcusable and unforgivable.

Simultaneously, we need to bite the bullet, hunker down and weather the inevitable economic downturn this pandemic causes. Recognizing that other nations are in much worse shape than the USA is, we will need to feed much of the world for the next couple of years. Because of what we have suffered and, because we are still vulnerable to another biological attack, we must carefully weigh whatever trade we continue to have with China.

Based upon what they have done, they are not to be trusted. Since they have to import every drop of oil they require to function, however, and because we are an oil exporting nation, their goal of surpassing the USA is destined to fail. At least it will if we continue to use our natural resources to our advantage, which we should, despite what the Progressive Democrats want to do to eliminate our advantage through job-killing regulations.

Never again should we allow ourselves to be vulnerable to a biological attack by the Chinese or anybody else. This means we will need to develop defensive measures against another attack. To do this, we will need a steady hand as President, which means we need to reelect President Trump. Biden is simply not capable of getting the job done. Besides, he has been bought and paid for by the Chinese Communists.