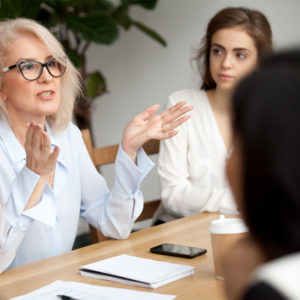 Progressives do not believe any of our values are true or valid. To them, there is no such thing as an inalienable right. The very idea is absurd, laughably ridiculous. To believe such a thing is an anachronism from the eighteenth century. They scoff at the concept of  “self-evident truths.” To them, our founding father’s belief in inalienable rights represents nothing more than a failed experiment of the past.

Instead, they believe our heritage is one of exploitation of indigenous people. Essentially, Progressives maintain we stole our land from its rightful owners. From their perspective, this is the twenty-first century. America has evolved far beyond the foolishness of believing in inalienable rights. At least, this is true for all intelligent Americans, which they are, but we are not.

Those who continue to believe in fanciful notions like inalienable rights are fools “who cling to their guns and their Bibles.” Ignorant by nature, buffoons like us are dupes, living a fool’s reality, bolstered by our romanticized version of the past. America’s future does not belong to us. It belongs to enlightened Progressives.

To patriotic Christians like us, however, God’s active involvement in our lives makes perfect sense. To a Progressive, such thinking is nonsensical and somewhat delusional. To make matters worse, Progressives consider our mindset to be dangerous to our democracy. To them, our Christian worldview is the enemy of progress and of fundamental human fairness.

Progressives think they deal with facts, not irrational mythology, which is what they consider our biblical worldview to be. Because they deal with the real world, which is not mystical, only they are capable of possessing the truth and seeing the world clearly. We are not.

Because they view reality accurately, they are wise. Our worldview, by way of contrast, is fundamentally flawed, making us fools for adhering to it. Since this is obviously true, it is acceptable for Progressives to scoff at our patriotic Christian value system. They do this with impunity. For them, it’s sport. They enjoy mistreating us.

We are nothing more than unenlightened clowns who deserve the mocking we receive. Because we are fools, there is no need to show us even a small measure of respect. Who respects fools? Nobody. Because they don’t, this makes it perfectly suitable for them to ridicule us. It also gives them the right to demand that we comply with their politically correct mandates. To them, we are homophobic, Islamophobic, misogynistic racists—all of which are worthy of contempt. While preaching tolerance, Progressives are openly, militantly, and aggressively intolerant of anything that is Christian. They espouse intolerant tolerance, which is the epitome of incongruity. Essentially, they pursue a lifestyle of being walking, talking oxymorons.