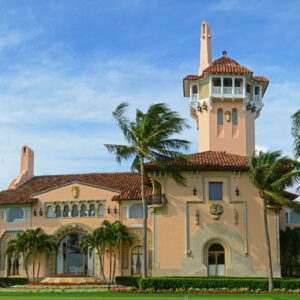 Here is my take on what really happened at Mar-a-Lago when the FBI raided Donald Trump’s home several days ago. Although shrouded in secrecy, now that they are being pressed, Attorney General Merrick Garland is revealing part of the story, but he refuses to divulge the investigative predicate for the raid. That’s because he doesn’t want the American people to know what the agents were really after. If he did, there would truly be hell to pay.

The FBI was after documents, but certainly not the unimportant documents desired by the national archives. That was just their cover story. If it wasn’t the real goal, then what did they hope to find? More importantly, did they actually find what they were seeking or not?

To understand this, we need to go back to the last week of the Trump administration. For months, Trump had wanted to declassify the documents that showed how the Clinton campaign had targeted him with the fake Steele Dossier, as well as how the DOJ, DHS, FBI and CIA had targeted him in Crossfire Hurricane. He was stymied, however, because the institutions that had illegally been targeted him were also the ones preventing him from declassifying the documents. They had to sign off on the declassification but, for obvious reasons, refused to do so. Stymied, as his last act as President, Trump declassified the evidence himself and took the documents with him to Mar-a-Lago.

Because he did, the Deep State is terrified of being exposed. Not only are they deeply fearful of Trump running again but also of him exposing the exact nature of their crimes, especially since he has hard evidence in his possession. Hence, the raid.

When they opened the safe, it’s “being reported” that it was empty. This can only mean one of two things. Either Trump knew that there was an FBI mole in his midst and had the documents removed, or the documents were still there, but the FBI said the safe was empty so that they would never have to reveal that they had taken them. I honestly don’t know which it is, but I do know the documents would expose the Deep State’s corruption.

Because of what the Clinton Campaign and the Intelligence agencies have done, even though they knew it would be unpopular to do so, they felt compelled to raid Trump’s home. From their perspective, because their deeds have been evil, they have to make sure they are never exposed to the light. If they did take the documents, you can be sure they will never be seen again. If Trump still has them, this explosive situation is certain to become even more intense than it is now.