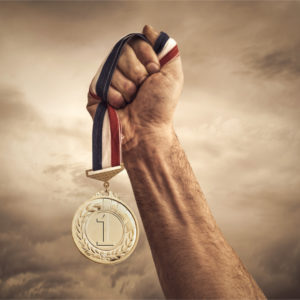 Although most do not realize it, the most important variable in who will be the next President continues to be us, the American people. That’s right, people like you and me. We showed up on November 3rd to support President Trump in droves, producing a massive, landslide victory that should have been celebrated throughout the nation and worldwide, but it wasn’t. Instead, because of massive voter fraud, our victory was stolen by Joe Biden and his corrupt team of Democrats. Aided and financed by Communist China, Biden was proclaimed the winner to the disputed election by the Progressive media and they have heralded him as the President-Elect ever since.

For the past two months, Biden and his criminal co-conspirators have done everything in their considerable power to legitimize what they have done with the American people, but there are multiplied millions of us who refuse to acknowledge their deceit. Unfortunately, millions of others, good but weak-willed people, taking the path of least resistance, have been willing to capitulate to this fraud, but we have not. We know the consequences of what this stolen election mean, and we are unwilling to legitimize this tyranny with our support.

Having seen a mountain of evidence that proves the election was stolen, we have voiced our opposition, primarily on social media. We have never wavered in our convictions, and we never will. But there are just ten days left, including today, before Congress accepts the votes of the Electoral College, one way or the other. This means we must once again insist that our voices be heard loud and clear.

The only thing Senators and members of the House of Representatives fear is not being reelected. This means they fear us, but only if we let them know how angry we are that the United States is about to be subverted from within. We need to let them know we will not allow this happen, nor will be become subservient to Communist China.

So far, we have been much too compliant and docile about what has happened. This has to change immediately. We think we are powerless to do anything to stop this, but that is a lie. We can do a great deal.

For the next ten days, I will post how you can contact your two Senators and House Representative. You must let them know where you stand. Call their offices; send them emails; or stop by their offices. Be respectful but firm. Tell them in no uncertain terms that you will “never support or vote for them again” unless they stand firmly with President Trump.

Their greatest fear is being “Primaried.” Let them know that, unless they are faithful, you will actively support another candidate. Knowing how sleazy many of them are, don’t give them an inch of wiggle room. Don’t let them off the hook. Instead, literally put the fear of God in them.

There are three additional things you can do:

1.     Continue to pray that the theft of our nation is unsuccessful.

2.     On January 6th be in Washington D.C. or at your state capital demanding that Trump be inaugurated as our next President.

3.     Repost this message and the other ones that will follow for the next ten days. We need a groundswell of support. With no time remaining, we must be strong and courageous.

God bless you, and God bless the United States of America.