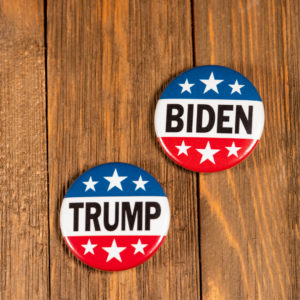 The juxtaposition of where we are as a nation was perfectly depicted for all to see Thursday night. On one hand, we witnessed President Trump lay out his vision for America for the next four years. Despite the Progressive media proclaiming it as being dark, anybody who watched knew it was the exact opposite. It was hopeful—a return to the values that traditionally have made the United States the greatest nation in the history of Mankind.

On the other hand, as the guests of the Republican National Convention left to return to their hotels, many of them traveling by foot, they were accosted by an angry, violent mob of Antifa and BLM rioters. By simply attending the nomination ceremony for President Trump to accept the Republican nomination to be President, the attendees put themselves in the crosshairs of militant anarchists.

The message attendees received was clear: “If you support Trump, you are doing so at your own peril.” Of course, none of the thugs who accosted Senator Rand Paul and his wife, Vernon Jordon, or any of the others could put together an articulate sentence like I just written for them. Instead, they preferred to use the “F-word” as a noun, verb or adjective to make their case. For them, command of our language isn’t as highly valued as hostile confrontation. They excel at bullying.

The choice for America’s future is clear. If you are okay with angry mobs roaming the streets of our major cities looking for innocent citizens to accost, you’re in luck. Your cause is being championed by the Democratic Party. They have your back. You can count on them to position assault, arson and looting as peaceful protest. The militants who are arrested for such behavior will soon be back on the streets harassing others, thanks to people like those on Joe Biden’s staff who are more than willing to provide bail.

Championing the dramatic upsurge in violence but still maintaining that it makes perfect sense to defund the police, Biden supporters are plentiful—mindless but plentiful. You can find a Progressive Democrat running for nearly every office in the USA. Their goal is to remake America into a nation our forefathers never wanted.

If this isn’t the vision for America you desire, if your heart longs for the return to law and order, to normalcy and decency, then you also have a candidate. His name is Donald J. Trump. Brash, unscripted and outspoken, he has the force of personality equipped to stand strong against the attempted takeover of the USA by the Radical Leftwing of the Democratic Party. Unapologetically calling events the way he sees them; this Alpha Male is perfectly capable of restoring order to America. He just needs to be empowered by us for the next four years. I don’t know about you, but I am perfectly willing to give him the authority to quell this rebellion.