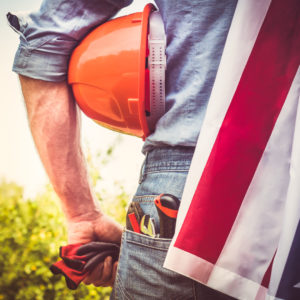 President Trump has just taken bold action to help American workers who have suffered economic devastation from COVID-19. He didn’t cause the pandemic, but he’s guiding us out of our necessary shutdown masterfully.

Trump tried to work with the Democrats, but they refused to help unless $800 billion was also appropriated to bailout years of mismanagement in Blue States. Essentially, Speaker Pelosi and Senator Schumer, using our economic crisis to their advantage, held American workers hostage to provide a financial windfall for corrupt and incompetent Democratic leaders in New York, California, Illinois and elsewhere. That they tried to extort us shows how little they care about average Americans.

Refusing to capitulate to the Democrat’s ransom, Trump circumvented Pelosi and Schumer to bring immediate help to hurting Americans. By signing an Executive Order, Trump has stopped federal withholding tax for workers until next year. This will provide immediate relief. It’s at least a 7.5% pay raise for every working American, which will be a much-needed economic stimulus for the nation. His actions are also certain to help our GDP.

Trump has also extended unemployment benefits of $400 per week. This will help people out of work, but it’s not enough to incentivize them to stay at home rather than work. Again, this was brilliant.

If you think Joe Biden can provide this kind of leadership, think again. He can’t. He’s not up to the task. An intellectual lightweight throughout his career, even at his best, he couldn’t get the job done, and he is far from his best. Trump is at his best. Anybody with a brain can see this. During this crisis, we need his strong leadership. His actions yesterday demonstrate this.