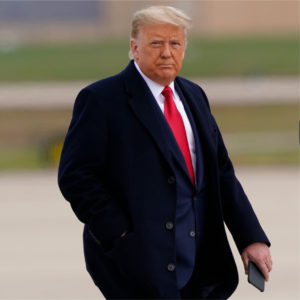 With just ten days to go before his second Impeachment trial by the Senate, former President Donald J. Trump has fired his entire legal team. Although the parting with his lawyers was amiable, fearful that this move was unwise and would further jeopardize the former President, many of his supporters are scratching their heads in bewilderment. To them, it seems foolish to change horses at such a late date, but I disagree. To me, what Trump has done is precisely what he needed to do. The move was brilliant. Here’s why.

The legal team Trump released included South Carolina-based lawyer Butch Bowers, who came highly recommended by Senator Lindsey Graham. Other lawyers on the team who left were Deborah Barbier and former federal prosecutors Greg Harris, Johnny Gasser, and Josh Howard. The reason Trump fired them was based on the legal strategy they were pursuing and nothing else.

These lawyers intended to challenge the legality of Impeaching a President who is no longer in office. Their strategy was to insist that the charge was unconstitutional on its face. While this seems obvious, even to the Democrats and Republicans in the House who voted for the charges in the first place, Trump has refused to allow this to be the basis of his defense. Perhaps he thinks he will eventually win and be reinstated. If so, this would reveal the obvious flaw in Bowers’ strategy, wouldn’t it? Pursuing the Constitutionality of the argument, although sound legally, would also be a tacit acknowledgment by Trump that Biden had won the Presidency and was therefore legitimate. This is something Trump would never do, nor should he.

Instead, Trump wants to use the Impeachment Trial venue as a megaphone to show the world that he was cheated out of the victory he rightfully won in the November elections. Having been banned from Twitter and nearly every other social media platform, Trump knows the eyes of the entire world will be riveted on the impending courtroom drama. It will provide him with an enormous forum to tell his side of the story. The whole world as his audience. This is the strategy Trump intends to pursue. With the hiring of Doug Schoen and others as his new counselors, this is what Trump will do.

But, is this strategy-wise, you might ask? Yes, in my opinion, this is a brilliant strategy. To begin with, regardless of what Pelosi’s floor managers have concocted as evidence, there is no way seventeen of the fifty Republican Senators will convict Trump. Therefore, the end result is already a foregone conclusion. Trump will be acquitted.

Consequently, this is a perfect opportunity for Trump to make the case that Biden is illegitimate. That Trump has been afforded this opportunity is because Speaker Pelosi, in her venomous vengefulness, has overplayed her hand. Hoping to drive a proverbial stake through Trump’s heart, nullifying him forever, she has done the exact opposite. She has given him new life, and new opportunity and a worldwide audience. With nothing left to lose, all hell is about to break loose in the Capitol, and I can’t wait until it does.