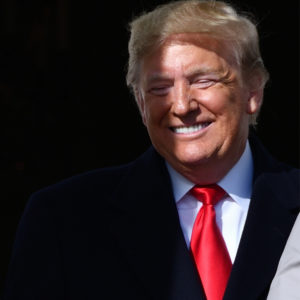 I predict President Trump will win with a massive landslide. When I predicted Trump would defeat Hillary Clinton in 2016, I was mocked and ridiculed for being nothing more than an ignorant partisan, but I was right. In that election, Trump won because he promised to appoint Conservative Supreme Court Justices and also because people of faith understood precisely how corrupt and devious Hillary Clinton really was. In the 2020 election, Trump will achieve a greater victory than in 2016, but for a much more profound reason.

Let me begin by saying that nearly all of the mainstream media polls are wrong, but they are more than this. They are completely off base. It isn’t that they are outright lying to us, although they are certainly capable of doing that. It’s because they are operating on a paradigm that no longer exists. They base everything they do by categorizing people as Republicans, Democrats and Independents. This model is flawed and will no longer forecast accurately. Because the demographics are wrong, so are the conclusions.

Here’s the difference. Based on the accomplishments of Donald Trump over the past four years, 2020 is actually a realigning election. The entire electorate has become something massively different than it has ever been before. Although the Republican and Democrat Party will remain in name, what constitutes them has undergone a fundamental change that the pollsters and news outlets have not yet grasped. They will eventually but only in hindsight. There have been other realignment elections. They occurred in 1896 and 1932. We have been operating based on the New Deal paradigm shift of Franklin Delano Roosevelt’s realignment election for eighty-eight years. That will end today.

A new alignment is occurring before our eyes. Although still technically Republicans, supporters of Trump are what I call the “America First Party.” These are people who come from all walks of life. They are connected by their belief system more than by their demographics. They believe in the American Dream, American Exceptionalism, patriotism and the American flag. They are the forgotten masses of whites, blacks, Asians and Latinos. Espousing the Judeo-Christian work ethic, each day they strive to make America and their families the best they can be.

Those who support Joe Biden are a much smaller group. This is why Trump’s rallies are massive, while Biden often has more pumpkins than people in attendance. If Trump supporters are the America First Party, the Biden supporters are made up of Progressives, journalists, globalists, anarchists, Radical Leftists, academics, Hollywood celebrities, bureaucrats, political elites, criminals, sexual degenerates and the millions of foolish Americans who have been deeply deceived by Progressive ideology. Angry, bitter and often violent, Biden supporters are decidedly unpatriotic. They do not love America and scoff at those of us who do. They are in for a disastrous defeat tonight.

Having been deceived by the ruling class in Washington D.C. routinely, the corrupt Deep State bureaucracy and the media, they trust Trump because he does exactly what he says he will do. Having been faithful for four years, they want Trump to have four more years, and they about to give it to him. Just watch.