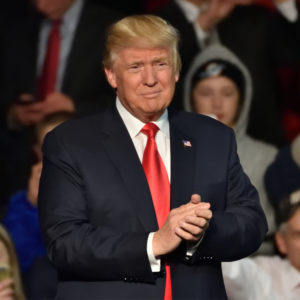 For the entirety of President Trump’s time in office, we have been deluged with the message that the rest of the world hates us and Trump hasn’t accomplished anything of value. With this level of saturation marketing by the hostile media, it’s not surprising that many people believe Trump’s Presidency has been a failure, but is this true?

Trump has a record: what does that record reveal about his foreign policy? Let’s take a look at the difference between where the United States was in 2016 under Obama and where we are now. What’s the difference?

—We are not at war in the Middle East or anyplace else.

—ISIS has been destroyed.

—Nobody is being decapitated.

—The U.S. military is more powerful than ever.

—Our NATO allies are now paying their fair share for their own defense.

—Jerusalem has been named the Capital of Israel.

—The UAE has normalized relations with Israel with other Arab nations to follow.

—We are energy independent for the first time since World War II.

—NAFTA has been replaced by the fairer USMCA.

—Our China trade deficit has been cut in half.

—We are not helping Iran while they pledge, “Death to America.”

There is much more but, as you can see, Trump’s Presidency, unlike Obama’s, has been successful. If you think that Biden, demented that he is, can do any better, think again.