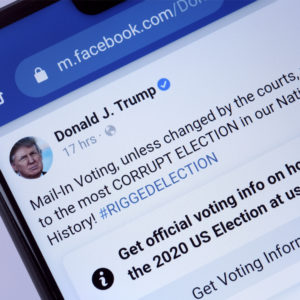 Facebook’s Oversight Board has just announced that former President Donald Trump will remain banned from its platform. This decision, which is a victory for liberals and Progressives, is certain to set the tone for further censorship of political leaders and those of us who express political opinions on Facebook. There is no way for Trump to appeal this decision either. His account has been permanently banned.

I’m certain those on the Left, those who used to champion Free Speech but have now become enemies of the 1st Amendment, are smiling at this decision. But, should they be smiling? Do they actually believe this is a good thing? Apparently so, but I do not believe most Americans are okay with stifling Free Speech.

This is neither good for Facebook nor for the USA. To abridge our 1st Amendment rights, even if you vehemently disagree with someone’s viewpoint, is a fundamental contradiction of every principle in the Bill of Rights. It’s anti-American.

These are dangerous times in America. We all realize this. We see it every day. Big Brother and the Deep State have usurped power that our forefathers fought and died to protect. So, Facebook and the fools on the Left may consider this to be a victory for their Socialist agenda, but the backlash from it will prove to be a Pyrrhic victory.