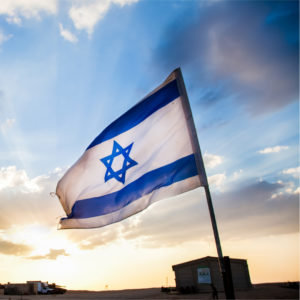 The normalization of the relationship between the United Arab Emirites (UAE) and Israel is a profound achievement by the Trump administration. It is certain to make Israel safer, while simultaneously increasing pressure on Israel’s Aran neighbors to follow suit. The UAE’s recognition of Israel’s legitimate right to exist is such a huge development that Joe Biden, the Democratic Presidential nominee and notorious plagiarist, is doing his best to take credit for this. In one way, he has a right to do this. Let me explain why.

During the Obama-Biden administration, they did everything they could to increase the power and influence of Iran in the Middle East, going so far as to secretly send billions in cash to Iran in the middle of the night without telling anyone what they were doing. This infuriated many Americans, but it also greatly alarmed Iran’s Arab neighbors. They are much more concerned about being dominated by the Persians in Tehran than they are about aligning themselves with the Jews in Tel Aviv and Jerusalem.

Because the Arabs, who are Sunni Muslims, hate the Shiite Muslims in Iran at least as much as they hate the Jews, if not more, this has forced Arab nations like the UAE to look to Israel to offset and check Iranian aggression and terrorism. Needing to survive and not be dominated by Iranian Shiites is the reason why the UAE recognized Israel. Trump’s team, unlike Obama’s, recognized this and leveraged it to protect Israel, our primary ally in the Middle east.

Being vulnerable was what motivated the UAE to boldly step forward. They were put in this position by the incompetence of the Obama-Biden administration, aided by Hillary Clinton and John Kerry who were complete failures as Secretaries of State. So, in one sense, Biden can take some credit for the UAE recognizing Israel, but the credit he deserves is entirely negative. That’s the truth.