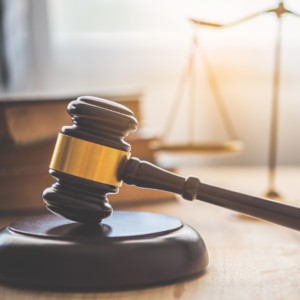 First, in the trial against Michael Sussman, the former attorney for Hillary Clinton. In this case, which John Durham seems to have been working on this since the days of Noah’s Ark, has just learned that the presiding Judge, an Obama appointee, is married to the lawyer who represents “Lisa Page.”

You remember Lisa, right? She was the FBI lawyer who was “doing it” with “Peter Strzok.” He was the FBI agent in charge of the investigating both Hillary Clinton and President Trump. Along with others, these two lovers were participants in the fabricated Trump Russian Collusion narrative that dominated the airways for three years. Do you see a conflict of interest here? I sure do.

Second, Joe Biden’s Attorney General, Merrick Garland, officiated over the wedding of this aforementioned Judge & Lisa Pages’ attorney. Again, this seems like a conflict of interest.

Third, we are just learning that one of the Jurors on the Sussman trial has admitted to being a volunteer for the 2016 Clinton for President Campaign. Another Juror disclosed working for Bill Clinton, while a few others have also acknowledged having connections to the FBI through family or friends.

Does any of this seem Kosher to you? It certainly doesn’t to me. But I also want to know how Durham could have allowed any of this to happen? He should challenge all of it. The double standard in the USA is fully operational, and it makes me sick to my stomach.