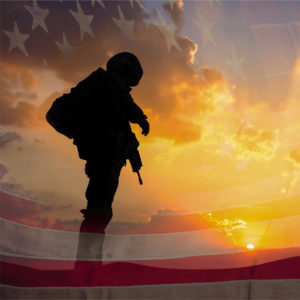 When General Robert E. Lee surrendered at Appomattox, Virginia, in April 1865, the Civil War ended. The North defeated the South. Devastated and disillusioned, with no alternative, the defeated Confederates left the battlefield to return to Georgia, Tennessee, the Carolinas, Alabama, Mississippi and various places in Virginia. Most of them were forced to walk all the way back home.

Their entire world had just come crashing down upon them, but their punishment hadn’t ended. It had just begun. In their victory, the North began to exact punitive retribution upon the South for starting the war. The government in Washington D.C., enacting draconian measures, created Reconstruction. This impoverished the South for decades.

With no place else to turn, beginning while still on their long trek home from the battlefield, Southerners sought the face of God. In their defeat, they humbled themselves before Almighty God and He heard their pleas. As a result, a mighty grassroots revival swept the South in both white and black communities. Both races turned their hearts to God, humbling themselves before Him, asking Him to heal their land. Although it required several generations for the South to regain its standing, God was faithful to answer their prayers. As a consequence, the Bible Belt was created, and it lasted until quite recently.

In the twenty-first century, God-fearing patriots throughout the United States face similar retribution. Because we do, we must humble ourselves once again. We face a new challenge—one that has devastated us emotionally in the same way it did the defeated Southerners, but ours is for an entirely different reason. Slavery was wrong, but our defense of the American way of life, the Rule of Law and the Constitution is not morally reprehensible. It’s noble and honorable.

In the last election, through chicanery, Evil defeated Good. Only those who are fools, naïve or willfully obtuse try to deny this. The morally depraved vanquished the righteous—not legitimately but through devious means. Non-theistic and anti-theistic Democrats seized power by deception. Their victory was ignobly gained. By refusing to play by the rules, they willfully and illegally victimizing those of us who did. Although unfair and undeserving, they have definitely gained power. Being in charge, they intend to use their power to exact retribution upon those of us who stood against them. Being merciless by nature, these miscreants intend to target us in every way possible. Make no mistake about their intentions. They will show us no mercy.

Since the Deep State has compromised more members of Congress than it hasn’t, plus more members of the judiciary than it hasn’t, evildoers have everything in place to punish the godly. They gained the allegiance of Congress and the judiciary with promises of ill-gotten wealth and the fulfillment of deviant sexual fantacies from those who swore an oath to defend and protect us. Instead of being true to their oath of office, our leaders have turned a blind eye to corruption that is clearly evident to most Americans.

As a result of these massive abuses of our system, the USA as we know it has ceased to exist. Although our 1st Amendment freedoms have already been gutted, we are not powerless. Like the defeated Rebels and those who fought against the King of England, we are capable of doing precisely the same thing, including achieving the same positive results. We can turn our eyes away from our situation.

Instead, we can look to Almighty God. We can allow Him to fight our fight. While never acknowledging the legitimacy of those who have usurped power from us, we can stand against them in the authority of the Lord. Having truth on our side, once we humble ourselves before Him, precisely like our forefathers did, we can legitimately ask God to heal our land.

Because this is not a simple one-time exercise, ended by reciting a simplistic prayer, there is a great deal of work to do. If anyone is interested in seeing things from a renewed perspective, I can help you with this. By renewing your mind, as it says in Romans 12, you can be instrumental in defeating the Children of Darkness. You can help end their reign of treasonous corruption, but only if you are willing to become the person Christ redeemed you to be. It’s up to you. Is this what you want or not? Just let me know.