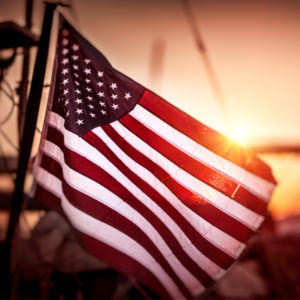 Excerpt from Retaking the USA from Darkness and Depravity:

When I was in graduate school at Baylor University, I remember reading a book about the beliefs and values of those who fought for and won the American Revolution.  Like most, my assumption was that nearly all of the men and women involved were strong Christians, but this simply wasn’t the case. In fact, only 5 percent were church members, but the commitment of this small group of spiritually-attuned warriors was so strong, so significant and so righteous that they have influenced the course of American history ever since.

As I reflected upon what our forefathers accomplished, I realized it doesn’t require a great number of people to move a nation in one direction or another. It just takes a small number who are completely dedicated to their cause and totally committed to their desired outcome.

Christian patriots in the Colonial era embodied this level of commitment and devotion to their purpose. As I pursued contemplating this, I wondered what would be required for our current generation to be just as steadfast and immovable as the Revolutionary generation?

Knowing that profound change must occur if we are to survive as the land of the free and the home of the brave, I came to the conclusion that if a group of us are strong enough, committed enough and determined enough, we can once again alter the course of American history.

What is needed, however, isn’t simply a renewal in patriotism. Our need is more fundamental than this. If we want change that will last, if we want our core patriotic Christian convictions to be restored, we are the ones who will need to change—not the Progressives. Being degenerate by nature, most of them are incapable of changing for the better anyway.

This is not true for us though. If we change, America will change. If we don’t, the Children of Darkness will secure their victory and the United States we have known for our entire lives will cease to exist. To survive and once again thrive, we must embrace the fact that Christ put us in a position to change everything. It is for such a time as this that we have been created and put in this place. It is up to us, you and me, to stand strong for the USA.  Nothing less than a renewed commitment to godliness will accomplish the goal we desire.