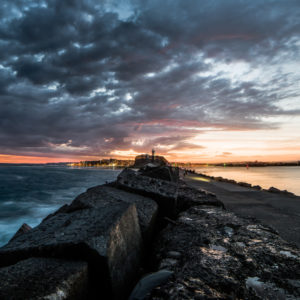 Back when I was in graduate school at Emory University, one of the books I read was titled, “The Children of Light and the Children of Darkness.” It was written by Reinhold Niebuhr. Most of you have never heard of him, but Niebuhr wrote the Serenity Prayer that is an integral part of AA, NA, ALANON and all of the other recovery programs.

His book became foundational in helping me develop my unshakable Conservative Christian, America-first worldview. He wrote it in 1944. Not surprisingly, it’s focus was about how unprepared the Western democracies were when Hitler took power in Germany. Niebuhr stated that because leaders of the Western nations played by the rules, they were initially unprepared to deal effectively with Hitler. Because he was a Child of the Darkness, he was by nature unethical. This made him successful until the Children of the Light saw him for exactly who he was. Then, because they had the motivational power of a righteous cause to guide them, they utterly destroyed him.

In this analogy, those of us who have supported President Trump are the Children of Light. Because we have played by the rules, we mistakenly assumed the other side, the Children of Darkness, would play that way as well, but they haven’t, have they? Based on cheating and cheating alone, they are now on the verge of seizing power in the United States through massive voter fraud. If allowed to succeed, they will plunge our beloved nation into a dark abyss from which we may never extricate ourselves. From the moment they gain control, right will become wrong and wrong will become right.

Having become aware of exactly what the Children of Darkness are doing, we must not allow them to be victorious. Because they are incapable of either seeing the light or of governing without corruption, they do not have the capacity to understand the power of a righteous cause. As Children of the Light, we do. Although the struggle to rid ourselves of the massive depravity that has infected the Body Politic, we will do it. We will prevail. We will not allow the tyranny of the depraved to snuff out the light that shines deep within us. Although they are undoubtedly congratulating themselves right now, being on the precipice of victory, their apparent triumph will be short lived. They are destined to be exposed for exactly who they are, each and every one of them. You can count on it.