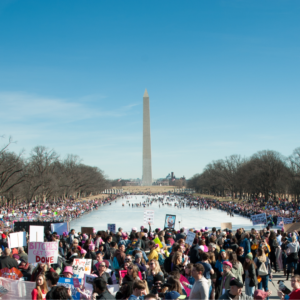 Decades ago, when I first became a believer and started reading the Bible, there were quite a few things I didn’t understand. Some verses made absolutely no sense at all, including the first five in II Timothy 3. They baffled me.

After going through a long list of truly detestable character qualities, Paul maintains that those who are unholy, unloving and irreconcilable also maintain a form of godliness. How does that work, I wondered? When I first read it, I found it truly puzzling. My bewilderment continued for years.

Now, decades later, I finally understand it. It has become as clear as a bell. Daily, sometimes hourly, we see people who are lovers of self, lovers of money and haters of good moralize to us. Even though these people are treacherous and malicious, in their conceit, they justify their deceitfulness with a false sense of virtue.

To them, the Progressive Left, since it is in their nature to be right, while all others are laughably wrong, they have elevated their flawed belief system into being irrefutable truth. What they affirm is true, just because they say it is, even when it’s contradictory. They are the advocates of science, even though they have disregarded DNA completely. They are still right, even when it’s obvious they are wrong, like men being able to have children.

Scoffers by nature, they mock God, His Word, His children and everything the Judeo-Christian worldview has ever stood for. Armored by a false sense of virtue, they scoff at all that is just and honorable, finding flaw with everything the USA has ever done. To them, ignorance of history has become virtuous. Striving to achieve, to become better, has been replaced by the veneration of mediocrity. Pursuing excellence and the American Dream has come to be viewed as racist.

Depraved by nature, the Progressives are fully intent on legitimizing unspeakable perversions, including pedophilia. Scoffing at those who went before them, those who created the wealth they enjoy spending, they want to nullify American history.

In their superiority, which they esteem like it’s a religious virtue, just as Paul said in the first-century, they do hold a form “of godliness, although they have “denied its power.” We have been directed to avoid such people as these, which is not only good advice but also a Scriptural mandate. I plan on doing this and recommend that you do also.

In the last days difficult times will come. For men will be lovers of self, lovers of money, boastful, arrogant, revilers, disobedient to parents, ungrateful, unholy, unloving, irreconcilable, malicious gossips, without self-control, brutal, haters of good, treacherous, reckless, conceited, lovers of pleasure rather than lovers of God, holding to a form of godliness, although they have denied its power; Avoid such men as these (II Timothy 3:1-5, NAS).
Posted in Articles, Government