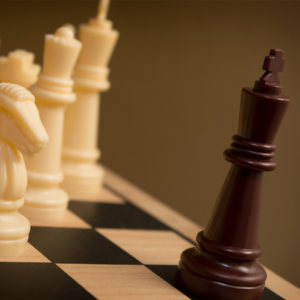 Democrats, the media and even some Republicans, especially Never-Trumpers, don’t have a clue about who we really are. To them, especially to Hollywood elites and academics, we really aren’t important enough to be paid much attention. At least, this is what they believe. It’s only when we flex our collective muscles at the voting booth that they take any notice at all and, when they do, they bitterly resent our impact. This is why they call us names. They do their best to stifle our voices and repress our influence, but they can’t. Although they refuse to admit it, we are the most powerful voice in the United States.

What you may not know is throughout American history, we have always been this powerful. Most people think we just popped up out of nowhere, having roots that go back no further than the Tea Party movement a decade ago, but this isn’t true. We go back at least as far as the Great Awakening led by Jonathan Edwards, George Whitfield and Gilbert Tennent, a generation before the American Revolution. It was this movement and its desire for religious liberty that provided the justification to rebel against the legitimate King of England. We rebelled to form a new nation, the United States of America. Our intellectual forebearers are the ones who stood for God, family and country, not the bureaucratic British Loyalists—today’s Deep State.

As our nation moved westward, as Frederick Jackson Turner’s Frontier Thesis correctly states, our ancestors were rugged individualists. They embraced personal responsibility, accountability and a love for democracy. It is that spirit of patriotism, that belief in our divine mission and American Exceptionalism, that continues to live in us today. It is as alive now as it was in the Old West.

The Democrats, the party of beta males and shrill females, mistakenly believes they can squelch us and force us to accept the results of their fraudulent election, but there is no way this is going to happen. Our America First movement, which actually began in the 1740s, will not cower, break or be intimidated by Communists, Socialists, Anarchists, Democrats, or weak-willed Republicans. Because our dependance is on Almighty God and Him alone, we will never surrender our birthright to those who have schemed to steal it. Now that we are fully awake, an army of righteous Americans will do whatever it takes to restore order to our great nation. You can count on it.