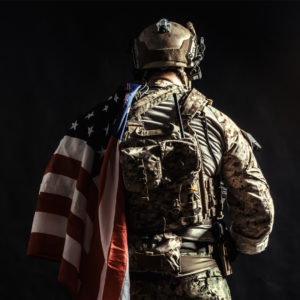 People mistakenly believe that character is built by experiencing a crisis. It doesn’t. That’s not how it works. Instead, a crisis reveals the character that you already have. For a Christian, it reveals what the Lord has built into you over an extended period of time. It reveals who you truly are—not who you want to be or who you imagine yourself to be.

In our current crisis, where our great democratic republic is about to be subverted from within by the Democrats who have fraudulently stolen the 2020 Presidential Election, the collective character of the American people is being revealed daily, and it’s nothing to write home about. To use one of my father’s old sayings, our collective character is “piss poor.”

Instead of being outraged at the magnitude of the crime that has been committed against us, where complicity with Communist China has been verified, instead of the righteous indignation that should be manifest by the body politic throughout the nation, instead of a profound militancy against this massive, corrupt plot to subvert our democracy, what I see is fatalistic passivity by people who have everything to lose and nothing to gain. Almost universally, the attitude is, “I know something is wrong about this, but there’s nothing I can do. I’m powerless. I can’t do anything.”

Nothing could be further from the truth. More than anything, such passivity reveals a weakness of character. The motto on the New Hampshire license plate, which comes from the Revolutionary era, states, “Live Free or Die.” Citizens from the Granite State once believed this, but I can assure you very few feel this way now, not in 2020. Instead, they have become submissive and capitulatory, but they are not alone. This attitude of being politely deferential reigns throughout the United States. The robustness of the “American Spirit” seems to be a thing of the past. Instead of standing up to the tyranny that is about to enslave us, we have collectively backed down and retreated from it.

If what I have just written offends you, good. I hope it does. More than anything, my desire is to stir you to action. Instead of having the spirit of “Infant Jesus, meek and mild,” adopt the spirit of Aslan, the Lion of Judah. Fight for our nation. Stand up to this tyranny in a thousand different ways. Be imaginative. Be creative in your antagonism, but never capitulate. Let those who are corrupt and treasonous know that you will not allow our nation to be ruled by the scum who are fraudulently trying to steal this election.

Voice your opposition to your state legislators, to your governor, to your U.S. Senators and to your members of the House of Representatives. Tell them you will not be enslaved. To them everyone who has sold out to China, everyone who has a secret bank account, everyone who has relatives who have suddenly become rich, that we are coming for them. Tell them their time is up. Tell them we are fed up with their graft. Tell them we loathe their corruption and their arrogance. Tell them that a groundswell of righteous indignation throughout our nation is stirring and the days of Deep State dominance are over. Tell them now and don’t stop telling them until righteousness has been restored.