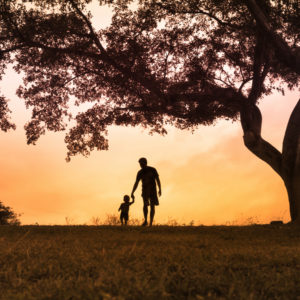 As a child we used our imagination to do the impossible, conquer kingdoms, rescue a princess in distress in a 100-foot tower, save a family from a burning building, or team up with Batman and Robin to capture the Joker or Cat Woman. I know these examples age me but I was once a child. After doing something heroic I always wanted to be rewarded in front of my classmates in elementary school by the principal. Those were the days, and then I grew up and met Mr. Reality who assured me none of what I dreamed was possible. Besides, they were just kid fantasies, right?

A child’s imagination is powerful because it is unfiltered, never limited, fueled with passion, vigor, and courage. A great example of this passion was to “Capture the Flag” on the mountain, another childhood game. Our young determination did not have a governor on it. We were wide open and had fun attempting to Capture the Flag even if we were unsuccessful.

Our first five years of life were filled with questions and adventure until we had to take long trips with our parents! Patience was never a virtue of mine growing up and going on long trips in the back seat of a car was adventure debilitating. Everyone reading this article can probably say, me too! When we finally arrived at our grandparents’ house after hours of endless rest stops, we were quick to hug, get a drink, off to climb the tallest tree, or the quietest room to play Monopoly, Mouse Trap, or a competitive sparing match of Rock’em Sock’em Robots. Today children beg for computer time to play hours of video games or chat with friends on social media. Oh, how times have changed!

As a young child, I play-acted church on the front porch of my grandmother’s house. My aunt and grandmother played along by opening the last two editions of their favorite magazines. These became our song hymnals. I would give them the page number the hymn could be found on and away we would go, singing “Amazing Grace” at the top of our lungs.

Later in both of their lives, I had a chance to thank them for playing along with me instead of making my activity sacrilegious or too childish. That activity only happened once but did it ever make an impression on my life! Thirty years later after obtaining a college degree in Business Administration and another eight years in the field of sales, I heard God in a small voice in my head say, “It’s Time, Wade!”  It came at the pinnacle of my sales career. That was in 1991. A lot happened after that to accept God’s Call but on March 31, 1995 my wife and I along with our three children launched a church at the Birthplace of America, James City County/Williamsburg, Virginia.

This year my wife and I celebrated our 26th year in Williamsburg, Virginia as the co-pastors of a multi-cultural, multi-denominational and multi-national church family appropriated named, Jamestown Christian Fellowship Church.

Now to those who are reading this article and saying, “good for you but what can I do?” Glad you asked! The next time your son, daughter, grandson, or granddaughter comes up to you and wants to play, stop whatever you are doing and play along. Better than that, begin to believe again in the impossible.

Want to make a difference in someone’s life and need some help. Let us look at one Biblical reference that should start you on your way. In God’s eyes there is no time limit as He waits for you to get your life on the move with Him. He has all the time in the world, but we don’t so do not hesitate. He is looking right now for loyal hearts that He can work through.

2 Chronicles 16:9 (NKJV) “For the eyes of the LORD run to and fro throughout the whole earth, to show Himself strong on behalf of those whose heart is loyal to Him.”

Throughout our lives loyalty to God scores big rewards! No matter where your heart is currently, you can always repent and turn your heart back to Him. Believe me, others will take notice of your attitude transformation, especially the little ones.

When the little ones see it, they will be more willing to live it and follow your leadership. Heart condition and loyalty to God’s instructions are major life-points for the young and the old. With God, we receive His Favor. Without God, _______________. (You fill in the blank)

Will you be the next to inspire your children or grandchildren to believe in Jesus? Or how about other children that you know? Will you encourage someone from the next generation to dream about following God and becoming a preacher, a Sunday School teacher, prayer warrior for the church, or worship leader? Maybe you will inspire them to take their faith into the business, science, or entertainment industry.

Our country needs God in a Big way! It is up to us to encourage future generations to love God and be the church so that the greatest mountains of influence in the world, Religion and Family, can be fully inhabited and activated before Jesus returns. When you begin to believe in the impossible, building His kingdom, rescuing people from darkness, and teaming up with others, you will be a new kind of superhero, an Influencer for the kingdom.