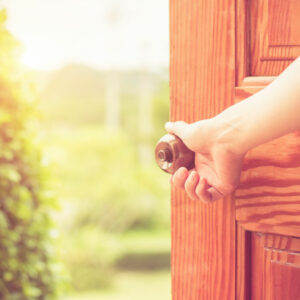 Have you ever thought about the little “day to day” things that you do and wonder if they matter? It’s easy to fall into Satan’s trap, believing that our lives are meaningless. Simple mundane days pass quickly, and before you know it, a week, month, or year has gone, and you felt as if you have wasted your life. Many people feel that way, never knowing that every day can have a “hinge moment.” When we commit our days to the Lord, He uses our seemingly uneventful days in ways we will never know until we arrive in heaven.

When my dad realized God had called him to preach, he felt like he had nothing to say. One day, the Lord said, “You talk about your dogs all the time. Just tell your dog stories and I will fill in the rest.” Using that advice, he became a master storyteller, using his dogs as examples in his sermons. People around the world have heard my dad preach and tell his tales of hunting dogs, companion dogs, and dogs that couldn’t be trained. He always loved dogs and as long as I can remember, there were dogs in our home. I often imagine about the day my dad got his first dog. That was a “hinge moment.” What would have happened if he had never loved a puppy when he was small? How would his life turned out if my grandpa hadn’t given his little boy a dog? Daddy’s stories traveled with him from country to country. Even today I share some of his best dog stories and I watch as they touch and changes lives.

In Exodus 2, we see the story of baby Moses hidden in the reeds. His mother decided she needed to save him from Pharaoh’s edict to kill all the baby boys born in Egypt, so she put him in a basket and had his sister look after him. This was a “hinge moment.” This simple act of saving her child saved the life of the very man who would lead them out of Egypt. We do not know how long this mother lived. Perhaps she never saw her special child grow up to become a great deliverer, but she had a part in the deliverance of her people because one day she put her baby in a basket and hid him among the reeds.

Moses also had a “hinge moment” when he was caring for his sheep, turned, and saw a bush burning. The Bible tells us that when Moses turned to look at the bush, God spoke. It was a “hinge moment.” From that day on, his life changed, and so did the lives of every Hebrew man, woman, and child.

Elisha was a farmer plowing his field when Elijah came along, throwing his cloak over Elisha. Knowing it meant he should follow the prophet, he killed his oxen and left everything behind to follow Elijah. At that moment, he did not know that he would become a great prophet himself. He never knew that thousands of years later, people would read about his life and that his “hinge moment” would still affect people today in 2022.

One time I was preaching in Africa about forgiveness. I asked the people to go to one another and to forgive each other. People were mingling around and one little old lady stood out. She had gone to the pastor, shaking her finger at him. I thought she was angry at the pastor from the

way she was acting. However, when he came back up to the stage, he didn’t look upset. About five minutes later, there was a commotion in the church and the pastor was crying, as were many others. He asked me if I saw what was happening and I said no. Then I saw a young woman crawling on her hands and knees into the church and up towards the front. She lay her head in the old lady’s (the one who had been shaking her finger at the pastor) lap.

I found out the elderly woman had asked the pastor to pray for her, to be a witness between her and God. She was forgiving her daughter for trying to kill her with poison. She said, “I forgive her. I just want her to come home.” It was the daughter she had forgiven who was passing the church. The Holy Spirit had drawn her to her mother the moment her mom forgave her. The pastor turned to me and said, “Oh mama. I would do anything for you.” I told him it was God who had done the work that day in church. Then the Lord spoke to me, “Ask him if he meant it.”

Now it just so happened that same morning, my cousin had written and told me she wanted to adopt twin girls. She asked me if we had twins in our orphanage, and we did. So I asked the young pastor if he would help me, help my cousin, adopt the girls. He said, “Yes.” I was surprised when I learned that his aunt was the head family court judge in that country. He helped me and the twins were adopted. It wasn’t easy. There were many obstacles, but God was in the adoption and soon they were living with their new family in New York State. None of this would have happened if that little old lady had not forgiven her daughter. That act changed the lives of a whole family that this woman will never meet until she sees them in heaven. Now that was a “hinge moment.”

Perhaps you feel like your life doesn’t matter. You might not realize that the little things you do, like giving your little one a dog, protecting your child from harm, turning to look at something unusual, or simply forgiving someone, make a difference. But they do. Life is full of “hinge moments.” Live your life. Dedicate it every day to the Lord and trust that the doors you walk through, the events you take part in, and the conditions of your heart might change someone’s life. It might even change yours. These are “hinge moments.”

Proverbs 16:9
The heart of man plans his way, but the LORD establishes his steps. ESV