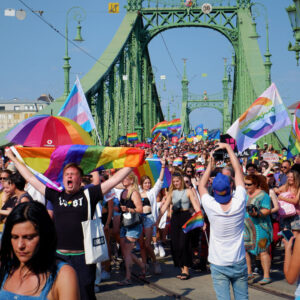 If someone were to ask you what the greatest advancement Mankind has achieved in the past fifty years, what would you say? I know what I think it is. If asked, I would say it is the advancement in knowledge about DNA. To me, this has been astounding.

The first time I became aware of the progress in DNA research was during the O.J. Simpson trial. Since then, in court proceedings, DNA evidence has become irrefutable, condemning the guilty while exonerating the innocent.

At the heart of DNA is the fact that men have XY chromosomes and women have XX chromosomes. This means you are either a boy or a girl. Despite whatever you may desire to be, you are one or the other, nothing in between. This is science . . . hard science to everybody but the Woke crowd of Progressives. For them, there are about eighty genders. “Gender Fluidity” is one of their favorite terms.

That Gender Fluidity is nonsense and unscientific doesn’t bother them in the least. Maintaining that they are scientific and anybody who opposes their prognostications isn’t, they have been busy putting tampon dispensers in boy’s bathrooms at schools and other ridiculous things like this. Why would they do something this bizarre, you might ask? It’s because boys have periods just like girls, according to the Progressive belief system.

Progressives actually believe this nonsense, even though nobody with XY chromosomes, meaning males, has ovaries. Professing to be wise, these Progressives have become fools but, in their nastiness, they malign and ridicule anyone who disparages their divinations.

Such is the world we live in. The Party of science is completely unscientific, but they want to rule the rest of us as if they are on target. These fools have elevated themselves, calling their beliefs wise. Those who call them out about their nonsense are punished mercilessly for it. Despite this, because Progressive science is completely unscientific, this will not last forever. Their bubble will eventually burst.