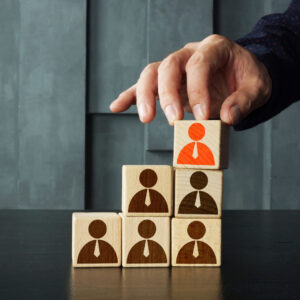 In studying the life of Rehoboam, and his tenure as the king of Israel, which is recorded for us in the Old Testament, I found many lessons for us as leaders today. While this article addresses Rehoboam type leadership in business, we see it in many types of organizations. Today it is prominent in our governments, but no organization is immune, and most guard against it. Businesses that properly present potential leaders to a crucible at the entry level of leadership, and at each rung of the climb to senior management, weed out this type of leader. So, who is Rehoboam?

Rehoboam wasn’t born with a silver spoon in his mouth, it was gold! As was the bowl, platter, and cup from which he ate and drank. Rehoboam assumed the throne when he was forty-one years old. One would generally assume that he had gained enough life experience and education to become a leader. While having King David as his grandfather, and King Solomon as his father, potentially provided him with the inside track toward success, it did not guarantee it.

In looking at Rehoboam, there were many other factors that contributed to his failure. Just as today’s leadership failures are rarely the result of one incident, but by the character of the one placed into a position. Let’s look at what Rehoboam did in his first week under the jeweled headgear, as an example set before us and grow in both influence and integrity as leaders. So how does a Rehoboam type leader get on the naughty list of leadership and fail to get the coveted biscuit of leadership success?

The very first thing we see is that Rehoboam had a problem with insecurity. If we jump to the end of his story, we are told that he was inexperienced and couldn’t stand up to anyone. This is something that many face when entering a leadership position. Most grow through, and out of insecurity, some do not. Them that do not seek protection from the practice of cronyism. Rehoboam didn’t and it resulted in him having a posse problem. Rehoboam is the poster child of a leader that practices cronyism.

“Cronyism is the hiring and promoting of friends and associates without proper consideration to their qualifications or accepts skill and qualifications over the necessary character for the position. It can also be the granting of favors or privileges, not otherwise available to other subordinates.”

“Fellas we are going to Shechem!”

Oh, it must have been a sight. A bunch of blinged out chariots. We don’t how big his posse was, it could have been large having been with him from his youth. I am sure none of his cronies had to check their day timers, they had been waiting for this day for some time. I am sure they shared the same thought.

“We go to Shechem, he gets the crown, and we get all the good positions in his kingdom.”

In looking at Rehoboam’s posse, or his “friends from his youth”, we can assume they are not much different from cronies of today. They are hunting and fishing buddies, friends from college, or opportunistic co-workers. Some join themselves to a leader later, after he has assumed his position. But all are common in one thing, to enjoy privilege through relationship.

I have offered a dictionary definition of cronyism, but what does it look like on the jobsite, or in the office? It shows up in position, promotion, and privilege.

In position. How many neighbors’ brother, sister’s boy, or a friend that is owed a favor, have been hired lacking any skill or qualification? When relationship is the key, or the only factor in hiring someone, compromise must take place in the greater necessities.

It shows up in promotion. Thinking that they are being covert, and that know one will ever see through their actions, they come in like Nicodemus came to Jesus. In the dead of the night or in an afterhours phone conversation. Openings are often unannounced and come as a surprise.

In both position and promotion, predetermination is made. But if there is someone by all appearances looks to be a suitable candidate, why would competition change that? What changes is the integrity of the hiring manager, and the organization that condones this.

Lastly is privilege. Cronies receive greater levels of accommodations, support, and access. Cronies are given higher profile accounts or projects, while the menial and more laborious are assigned to those outside the posse. Access and audience are given freely to cronies, while others are ignored. Rewards are withheld from those outside the posse yet seem to flow freely to cronies.

In every organization where this type of leader is allowed to function in authority, problems or pressure will expose it. A request is presented to Rehoboam, he asks for time to consider it. That’s a good thing. Then he does another good thing and seeks counsel from the men that counseled his father, the wisest man to ever live. But he didn’t like their advice, so he asks his cronies. What made Rehoboam think that sound advice could come from them that looked to gain from his position? Prior to this their only advice may have been where the best club med beaches were. Why do leaders today do the same?

Organizations that condone cronyism can expect damage to begin at once. Right away division begins to take root. Among subordinates opposing sides form. Unhealthy competition takes the place of unity and cohesiveness. Once division manifests in an organization it is difficult to remove, in many cases it takes a change in leadership.

Confusion immediately muddies the water. Organizations are built and operate on structure. Sound and proven practices and policies proved security and confidence to both the leader and subordinates. Confusion sees these to the door and welcomes in the inconsistent application from one subordinate to the other.

Incompetent decisions begin to come forth. Problem solving suffers from lack of wisdom. When status quo, and loyalty needs to be kept, Rehoboam leaders have their ears closed to discernment and understanding. When decisions must made for the benefit of cronies, this leader finds that the kingdom she thought she was building, has become the walls of a prison.

There are other ways in which cronyism manifests, and the effects of its being practiced, here is enough for us to know that it is harmful and should be avoided. The result of cronyism for Rehoboam was a divided kingdom. Are our organizations not as important to us today?