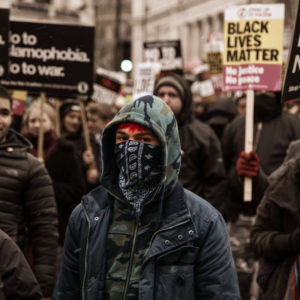 Will Antifa, Black Lives Matter or any of the other Radical Leftist groups be able to pull the United States apart, start a bloody revolution and destroy us from within? Many believe this is actually happening right now, but I disagree. Instead, as has happened several times during our illustrious history, these groups will fizzle out and become a victim of their own excesses.

To most, it will seem as if they accomplished very little, but I also believe it is a mistake to think this way. There is one thing they have accomplished and it’s certainly not good.

Because of their loathing for America and their utter contempt these groups have for the American way of life, they have succeeded in poisoning the minds of millions of our young people. They have twisted the thinking of our youth so badly that millions will never love the land of the free and the home of the brave.

Founded on the divisiveness of identity politics, millennials have adopted an ideology that is based on resentment rather than inspiration, as they repudiate personal responsibility and hope. They exult deprivation and unfairness rather than the ability to seize an opportunity to achieve the American dream. Resentful and perpetually angry, they exploit our differences rather than champion our similarities. Vilifying our heritage without even trying to learn or understand it, they advocate lawlessness and anarchy, insisting that it is necessary to teardown a system that they self-righteously have deemed to be rotten to the core.

For those of us who love our nation, we have never been ashamed of being American. Instead, we have always been proud of our heritage. Millennials, especially those who have been poisoned by the false, godless beliefs of Antifa and BLM, hate being Americans. Bolstered by Progressive Democrats and Politically Apostate Christians, the champions of anti-Americanism have found fertile ground to spew their hateful ideology.

They’ve created a real problem, but it’s not unsolvable. The remedy is for patriotic people of faith to do two things. First, we must stand firmly against the destructive lawlessness of the Radicals. Arrest and prosecute all vandals. Second, we must present a vision of hope for the future. Rallying around our flag and other symbols of our heritage, we need to present a positive visualization for the future. If we do, and the quicker we can do it, the better. Our goal should be to win back the hearts and minds of those who are lost and preserve our democratic republic.