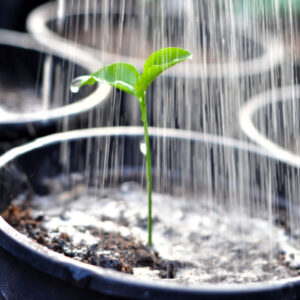 Recently I had a few things slip into my life that were unpleasant. And, to be honest, I knew how they got through the cracks. I had not been quite as fervent, tenacious, intense and watchful, as I typically am. Why? Busyness, distractions and unexpected things pulled at my time leaving me a bit depleted. I felt like instead of sitting in a firm upright chair, I had started to enjoy the ease of a recliner. My life felt watered down–not as effective as I knew it could be.

What kind of unpleasant things crept in? An ache or pain here, and a loss of productivity there. Until one night…I was awakened at 2:30 a.m. with the same nausea of a motion sickness-prone person would experience on a high-velocity amusement park ride. I prayed, practiced deep breathing, pushed play on my nearby healing Scriptures recording and fell back asleep.

When I woke up the next morning I opened my Bible and felt drawn to Deuteronomy 28. Verse 1 exploded like fireworks! “Now it shall come to pass, if you diligently obey the voice of the Lord your God, to observe carefully all His commandments which I command you today, that the Lord your God will set you high above all nations of the earth.” Deut 28:1 NKJV (emphasis added)

In the margin, in my own handwriting, it said: The Word is commandment oriented. Immediately I knew what the problem was. Between nursing my sick cat back to health, redoing my office space and a myriad of other lesser things, I had begun to look at the Word as more of a suggestion. I could hear myself internalizing, Well, I only got to read two of the three chapters in my read through the Bible plan today because I was giving the cat her medication and hanging curtains in my office. I didn’t witness to the sad-looking lady in the grocery store because I’ve got to get home for my Amazon delivery…blah, blah, blah. Pathetic.

I was reminded of something I once heard that was riveting: A general puts God first and revolves their life around Him. Ouch. I felt like Gomer Pyle at that moment.

But there it was! Now I know you never do things like this, but in my busy, distracted state the past three weeks, I had approached the Word as though it was a suggestion and not a command. Notice the above verse says that certain things, good things, great things, will come to pass IF we diligently obey His voice and carefully observe His Word. It doesn’t mention a free-pass or a fast-pass because you let your own to-do list get out of control.

The responsibility was right back on my shoulders where it belonged. And as unpopular as it has become to say that we have a responsibility to do certain things, I’m going to go out on a limb and say it anyway. If things are not stellar in our lives, if distressing, ouchy, perilous things are slipping through the cracks, it is OUR RESPONSIBILITY to make sure that we are obeying what God has commanded and not treating His Word like a bunch of self-help suggestions.

IF you do “this,” GOD will do “that”. If you put His Word first. If you obey what you hear and read, if you break free from the icy tentacles of suggestion complacency and fully obey what He has said, THEN he will overload your life–shower you–with wonderful things. Then you will truly “be watered” instead of being “watered down”. There’s a big difference! One is life sustaining. The other is life draining.

And this is not a gigantic burden we have to bear. This is a small adjustment we make down on the inside from a position of maturity and wanting to please God. Simple. Done. Then we act on it and base our decisions on it.

The mentality of much of the world doesn’t like to be commanded. I can hear the “whines” now: “I don’t want anyone telling me what to do. I don’t like being bossed around. I’m my own boss.” But if some mothers had not commanded their kids not to run in the street after a ball, those kids might not be around. A suggestion doesn’t necessarily have the same life-saving ability.

God commands us to obey because He wants to bless. He doesn’t want our lives to be watered down, at half speed or running on fumes. His commands are good, and glorious, and we will be overloaded with rich rewards IF we obey His commands. After all, He IS the Boss.

And I will make them and the places round about My hill a blessing, and I will cause the showers to come down in their season; there shall be showers of blessing [of good insured by God’s favor].            Ezekiel 34:26 AMPC