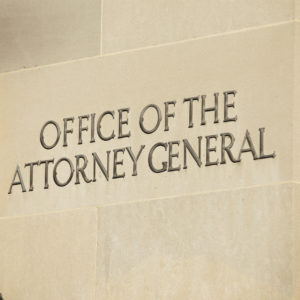 In Joe Biden’s reality, as well as his team’s, the Dark Side are the good guys and average Americans are the bad guys. I believe our demented usurper would actually cheer for Darth Vader, but that’s beside the point. What is germane is what his Attorney General, Merrick Garland, is doing.

You remember Garland, don’t you? He was appointed to the Supreme Court by Obama, but his nomination was blocked by Majority Leader Mitch McConnell. Although definitely a RINO, McConnell spared the nation from decades of having this consummate Beta on the Supreme Court. For that, we have Mitch to thank.

Now, we have a different problem. As the Attorney General of the United States, Garland has empowered the FBI to squelch parental opposition concerning what their children are being taught in public schools. That this is happening is unacceptable. Clearly, the 1st Amendment means very little to Biden’s mini-pit-bull, at least not where parents’ rights about their children’s education are concerned. Voicing opposition is harassment to Garland, but it’s perfectly acceptable for Garland’s Progressive pals to confront Senator Kyrsten Sinema while she is using the restroom. That’s not harassment, but it is for parents to criticize their Woke school boards at scheduled meetings. This is an unacceptable double standard.

The Gestapo tactics of Garland are out of bounds, but perfectly acceptable for Team Biden’s version of the USA. What the diminutive Garland has sanctioned is misuse of his authority. The FBI should never be used to harass parents from voicing their outrage at their children being indoctrinated with Marxism.