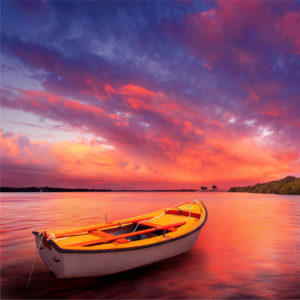 God woke me up this morning with this word:

“Just whose idea is this anyway?” Noah’s wife shook her head and walked away.

“I don’t know what has gotten into him. He works on that monstrous thing day and night. He is always dragging me over there, showing me the latest thing he has added. His latest improvement is our apartment. He’s a fool. He is expecting me to live in that thing? He has built me a kitchen and a bathroom. Can you believe it? An indoor bathroom! Who has an indoor toilet? It’s just crazy. And yesterday he informed me that he expects our sons and their wives to live in that thing too. All three of them. I can’t live with all three of my daughters-in-law. Every time I ask him why he is making this thing, he says, “God told me to.” Of all the ideas, he is blaming this thing on God.”

As I pondered this story, God showed me three men-like spirit-creatures rising up out of the ocean as if they were sea monsters who dwelt on the bottom of the sea, scavengers of the deep. Their names were Fear, Death, and Deception. Power-like electricity flowed from their fingers until they were connected. They didn’t need to speak but moved as one. From their mouths came the sound of war.

As I watched, the power emanating from the creatures began to blanket the entire world. I saw nations rise against nations. People rise against people—friend against friend. The three beings from the deep planted lies, division, and plans of war. No one was exempt. No home untouched. They crept into the minds of all who would listen, while trapping them with their deception. “You will die,” they say. “Your children will be destroyed. Your ministry is about to fall apart. No one cares. You are alone in your fight. Give up! Give up! It’s too hard to fight. You have fought for too long. You are too old. You are too young. You are too tired.”

The scene changed, and from out of a dense, lush forest, I saw a cloud rise. Wisps of vapor began to curl above the trees, and a silent wind began to direct them. The wisps went from house to house looking for an opening in which to enter. The homes that welcomed it were filled with a cloud of peace and hope. The spirits of fear, death, and deception were vaporized by the cloud. The heaviness of death was broken. Rejoicing and praise began to flow from the mouths of those who lived in the houses. As one, the voices rose across the land, binding the spirit of death and his friends.

God said to me, “As I did in Noah’s day, I am calling boat builders. Some of them will be revolutionary in their design. I will give my people ideas that challenge the way things have always done. I am speaking to those who are willing to do the unusual. No longer will you be able to say, this is what worked in the past. No, it will be the unusual and the different that I am calling you to. Got ready! Get ready. I will pour MY SPIRIT on this earth, and there is going to be a battle like you have never seen before.”

“Look for the signs.” He continued. “You will see confusion all about, but when you see it, call on me, and I will give you clarity. You will see the spirit of death, but I have given you the Spirit of Life. You will speak to the spirit of death, and he will obey. You will feel fear but do not be influenced by him, as he is the craftiest of all. Do nothing out of fear. Listen to me, and I will give you peace. You will come out of this season with the shouts of victory in your mouth, use it as a weapon!”

Then I saw a trail of blood. It started as a trickle dripping from an empty cross. As it flowed, it grew to a mighty river. Soon it was a flood that filled the entire earth. The evil trio was dislodged from their moorings in the deep, and they tumbled and tumbled until they drowned in the flood. Floating on the blood-red sea were the bodies of the three spirits, and surrounding them were boats of every size. Some were round, others square. All were different, uniquely designed. Some were filled with thousands and some with only a few. All were safe as they floated on the sea of blood. Each boat was surrounded by a magnetic field that drew them to each other until they formed a floating cross.

Brothers and sisters, let us spend these days seeking God and asking, “How do I build my boat. What should I do to get ready? Give me my blueprints. I want to be ready.”