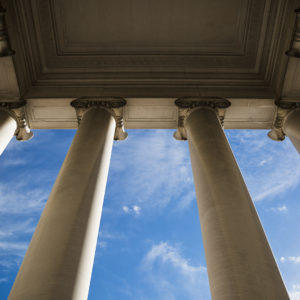 This current election cycle isn’t about politics. It’s about culture. The culture of a nation ultimately determines the success, power and prosperity of that nation. I’ve ministered in a number of nations in very different parts of the world and have witnessed the direct correlations between the cultures of those nations and the levels of economic prosperity and/or poverty evident there.

The U.S. is far from perfect and far from being free of injustice and issues that cry out to be addressed. That being said, what has made us the most prosperous and most powerful nation on the planet has been, not just a foundation in Christian principles, but a fierce underlying sense of self-reliance and independence at the core of our national character. We have equated this with our understanding of freedom and sometimes our faith. Our nation was born in a revolution that flowed out of that sense. It has been a part of our culture and our national character from the start.

The current political conflict is not so much about socialism versus capitalism, or the left versus the right, as it is about a struggle over the most dramatic culture change – the very character of our nation – since the American Revolution. We are deciding who we will be and whether that sense of who and what we are that we’ve carried as a people since our founding will continue.

So, pray diligently in the coming months. Let your speech be seasoned as with salt. Whatever comes, be prepared to shine in the darkness. Isaiah 60:1-3, “Arise, shine; for your light has come, And the glory of the Lord has risen upon you. For behold, darkness will cover the earth And deep darkness the peoples; But the Lord will rise upon you And His glory will appear upon you. Nations will come to your light, And kings to the brightness of your rising.”

If Jesus doesn’t return soon, the culture and government of our nation may change dramatically over the coming decades, but our faith must not.