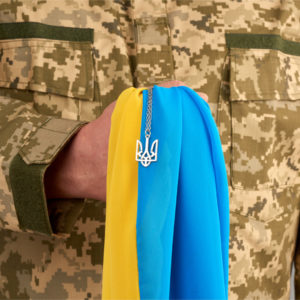 American foreign policy is based exclusively on our national interests or, at least, this has been true for several hundred years. In one sense, where Ukraine is concerned, it still is, but let me explain why our current crisis is such an anomaly.

Take the Middle East for example. We have been engaged in conflict this entire millennium, except for very recently. There’s one reason why. For the United States to function, me must have oil. Without Middle Eastern oil, we cannot survive. So, we must ensure our supply. This has been true since World War II, that is until President Trump made us energy independent a few years ago. When he did, we were able to end the Middle Eastern wars but, make no mistake about it, now that we are once again beholding to OPEC nations, our foreign policy will be governed by the requirement to defend our national interest in oil.

Now, we can turn to Ukraine. What strategic value is this Eastern European country? Does it have oil that we need? No. Does it have minerals we require? No. Is it strategically located in a place where we must guard against our enemies? No. Is Ukraine a NATO nation, requiring us to defend them? No. Do we have a treaty of any kind with Ukraine? No.

Then, what is our strategic interest in Ukraine? Why are Democrats, Republicans and even some military leaders so anxious to go back to war, when the American people clearly don’t want it? In my opinion, it’s because the Deep State needs the corrupt funding Ukraine provides. Without it, corrupt Democrats and corrupt Republicans would have a major source of their funding cutoff.

Under no circumstances will they allow this to happen. Permitting young men and women in our military to die in Ukraine, just to keep their corrupt funds flowing is more important to these Deep State actors than the lives of our troops.

But that’s not all, there’s more. If we do engage in conflict in Ukraine, we will be unable to defend Taiwan, even though we have a treaty with them that says we will. The Communist Chinese Party clearly wants to take Taiwan, which is definitely not in our best interests but, if we engage in Ukraine, this is certain to happen. Our military is not capable of sustaining a two-front war, one in Eastern Europe and one in the Pacific.

By engaging in Ukraine, which is not an ally, we will have to abandon our real ally, Taiwan. Biden is way over his head with all of this, especially since he is so conflicted about both Ukraine and China, having corruptly benefitted from both. Although I have tried to make this simple, the situation really isn’t any more difficult than what I’ve described.