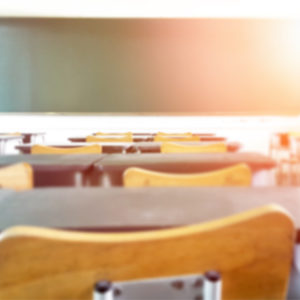 Our goal is not only to win this Presidential Election, to keep the Senate and to flip back the House of Representatives, but it is also to halt the erosion of anti-American sentiment that is sweeping our nation. To do this, we must remain focused and single-purposed. Expending our energy on meaningless things like a Goya buy-cott is a waste of time in my opinion, especially when there is a much more important issue that requires an immediate response from us.

We simply must confront the behemoth of public education that is spitting out millions of our precious children and grandchildren each year, transforming them into semi-literate, entitled, self-indulged, anti-white, racist commies. Ignorant of American history and deficient in basic mathematic skills, millions are now graduating from our public school system with no skills but with the firm conviction that the United States of America never was the land of the free or the home of the brave.

This has to change, and now is the time to go on the offensive by attacking public education. Although just thirty children fifteen and under have died from COVID-19 throughout the United States, the teacher’s union and many Democratic governors do not want to reopen schools this fall, claiming it’s unsafe to do so. Nonsense! Now is the time to start firing teachers who refuse to work. Based on the end product they are producing, most of these teachers are worthless anyway.

Instead, start thousands of new church schools across America that go back to the basics—reading, writing, arithmetic and love for the greatest nation that has ever existed—the United States of America. Instead of always being defensive, it is now time for us to attack the source of our nation’s problem—public education.