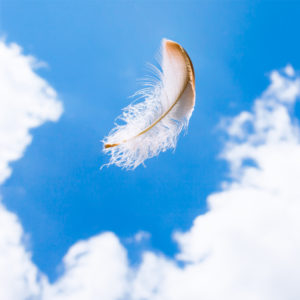 It was quite a day on the Temple Mount. The traders of sheep, oxen, and doves, hearing the news that “The Teacher” would come to the temple, arrived early, setting up their tables, and rigging their scales in their favor. There was great anticipation of the faithful who would pay any price to gain God’s forgiveness.

Jesus, arriving on a donkey, and entering the temple, took in the scene before him. Crooked merchants were cheating the poor, selling animals for sacrifice, guaranteed to be acceptable by God. All of God’s promises were tied up in those sacrifices, so people were desperate to gain the perfect one to earn God’s favor. The poor being taken advantage of and the idea that one could buy God’s favor was so far from the Truth, that Jesus was overwhelmed with disgust. He flipped over the traders’ tables, while fur and feathers flew into the air. With a whip, He drove out the men who had hoped to have a profitable day.

Not only that, but he refused to allow them to come back in. Their insufficient sacrifices would never be needed again. The only perfect sacrifice stood in their midst. No one knew that the perfect lamb had arrived. They didn’t realize that, within days, that lamb would pay the ultimate price that would end an era and begin another.

I often like to spend my mornings watching a YouTube channel that reads Bible verses accompanied by soft music. The other day, just before the music started, a commercial came on for a magic bracelet. It was supposedly an exceptional bracelet with power and energy infused into the stones. I watched as the young woman began to give her testimony on how this bracelet had taken her from rags to riches, and then when she lost the bracelet, all of her blessings disappeared. She bought several more so she would never be without one again. Soon all of her benefits returned. For several minutes the commercial explained how the Buddhist charm bracelet had been prayed over and how it promised love, peace, health, and prosperity. I didn’t watch the end to see how much this cost, but I did find sites on the internet where you can spend $10s to $1,000s on these kinds of jewelry—every one of them with the promise of spiritual power, health, and abundance of riches.

I was disgusted by the idea that a bracelet could do what Jesus had died for. I closed my eyes and began to pray, “Jesus, you are my all in all. You are my blessings. You are the door to Heaven. You take care of me and provide me with an overabundance. In you, I have no needs because you have provided everything. I don’t need a bracelet with curses cloaked in fake promises to bless me. I have you, and you are everything to me.”

Then Jesus responded to me and said, “Tell them. Tell everyone to watch out for false promises and schemes. There are evil spirits poised and ready to promote evil on the earth. The dark magic has been released and is seeking those who yearn for spiritual power. Unsuspecting souls who have no foundation will be sucked into their traps. For a measure of time, these people will appear to succeed, while their own identity is consumed with another spirit. It is a lying, deceptive spirit, that has been released. Tell my people to pray for discernment, for those who do so will see through the darkness, the false promises will not entice them. Read my word, seek the Truth, collect your weapons of war, and learn to use them. These spirits are like the merchants in my temple, as they sold insufficient sacrifices. I’m calling my people to overturn their tables and take my kingdom by force. These powers will not stop until they are contended with.”

Then I saw people on their knees, praying to God for power, and the Holy Spirit filling them as if they were balloons. As these people breathed in the Spirit of God, they expanded, and curses broke off. Evil lost its grip while fear, hatred, and jealousy just slid off. I saw the Lamb of God, place his nail scared hands onto each head, empowering each one with authority. At first, I thought it was a small room with perhaps a hundred or so, but as each one stood, I saw thousands, no millions electrified with power.

Brothers and sisters, I saw you. You have the same authority that Jesus had when he said, “my house shall be a house of prayer.” You have the same authority to stand and declare that the blood of Jesus is more powerful and more effective than bracelets, crystals, oils, political agendas, sickness, poverty, or injustices. It is more effective than any other power on earth. It’s time we used it!

From the days of John the Baptist until now the kingdom of heaven has suffered violence, and the violent take it by force.