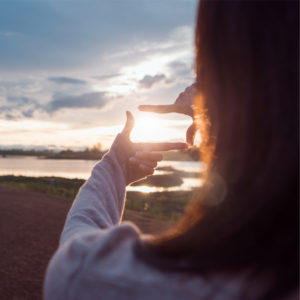 One more day.  Just one more day.  Jake had spent every day the same, working the livestock, and cleaning the barns.  No one could have guessed that he had been counting the days.  However, they had flown by.  Now tomorrow was the big day.  He hadn’t been able to sleep for a week just dreaming about his future, and his imagination often got away from him as he stood staring off into space.  No matter how hard he tried, he just couldn’t focus.

Finally he stood before his family and guests, promising his love and fidelity to his bride.  There was dancing and congratulations, food and lots of wine.  It wasn’t until the early morning hours that the happy couple stumbled into their room.  The day had been perfect.

The next day as the sun rose, Jake looked at the young woman cuddled next to him and turned her face towards him to give her a kiss.  At that moment, his world stopped.  This was not the woman he loved.  No, someone had played a cruel trick on him. Laying next to him was Rachel’s older sister, Leah.

Running out of his room, Jake raced to his uncle’s tent.  To say his blood was boiling would be an understatement.  He stormed in with none of the normal customs due an older man, and pinned him to the wall.  “What did you do?”  He demanded.  “Where is Rachel?  Where is my wife?”

With no remorse or apology Laben explained to the angry young man that Rachel could not be married before her older sister and that after a week passed there could be another wedding.  Jake could have Rachel.  Of course he would have to work another seven years to have the hand of Laben’s second daughter.  Things didn’t end up at all the way the young man had planned.

The man, who would one day be called Israel did not know that God was at work in his life.  He didn’t know that he would have sons named Judah and Levi by Leah, Rachel’s older sister.  Jake had no idea that what had happened to him would have an impact upon the entire world.  He did not know that even in his disappointment, God was at work, and it would make a difference to you and me today.  Jesus, the Son of God and the Son of man, who redeemed us from our sins was the great grandson+ of that same Judah (through Joseph the carpenter) and Levi (Mary the mother of Jesus), the sons of Leah, the sons of the first born daughter, the sons of the unloved wife.

Yes, God had a plan.  His plan is often hidden inside of the disappointments of life.  Like Joseph (the son of Jacob and Rachel) said to his brothers after the death of their father, “God turned your evil to good.”

God is in the “turning situations into good” business.  Right now, he is turning your disappointments into good.  Dear friends God has a plan.  He has not forgotten you.  Things might seem bleak right now but God is at work.  He is not in heaven wringing his hands worrying about the conditions of this world.  He is not shocked by political dramas, or the Covid crisis.  God is not fretting about your kids or your finances.  No!  He has a plan.  Your tomorrow’s are all in God’s hands.  So do not fear, He has a plan!

But Joseph said to them, “Do not fear, for am I in the place of God? As for you, you meant evil against me, but God meant it for good, to bring it about that many people should be kept alive, as they are today.  So do not fear.