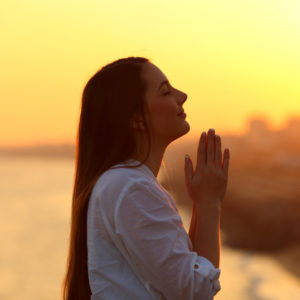 Things weren’t going so well for Moses as he stood before Pharaoh.  God had told Moses to take his brother Aaron and demand that the king release the people of God.  At that moment, Moses had no idea how many times he would stand before Pharaoh, demanding that the monarch free the people of God.  But he did so, over and over, and each time, there was a new response from the king.  Day to day, no one knew what would happen next.  One plague after another, hurt feelings, angry Hebrews, cruel king, all laid their grievances at Moses’s feet.  This required Moses to learn the voice of God, which was a unique experience for him.  He had never been in these situations before.   Moses was learning the voice of God.

So, how do we hear the voice of God?  The answer is quite simple.  You learn to hear the voice of God.  Like Moses, as he stood before Pharaoh, you learn with in-the moment-training.  Many forget that Moses was a stranger to the voice of God until he heard it from the burning bush.  Moses didn’t start as the great Prophet-Leader.  No, he became the great Prophet-Leader.  He didn’t go to shepherd school.  He didn’t go to prophet school.  He never took leadership classes.  Most likely, he grew up as the spoiled brat of the king’s sister, never lacking or wanting for a thing, never thinking he needed God.  Suddenly, the voice of God from a nearby bush took Moses by surprise, and Moses listened because now Moses needed God.

There would never be another burning bush.  From that day on, Moses entered language school, and he began to understand the language of God.  The one thing he needed now more than anything was to know God’s voice.

Right now, more than anything, we need to know God’s voice.  This is our in-the-moment, learning the voice of God school.  Every day we hear news about COVID-19.  And every day, the stories seem to conflict.  Even the CDC, WHO, doctors, presidents, prime ministers, and dictators, from nations all around the globe, can not agree.  Day by day, the news reports information that boggles our minds, confuses us, and ties our stomachs into knots.  While there are many voices speaking today, we only need to know one,

Sit down, close your eyes, and take a few deep breaths.  Quiet yourself.  Listen to the words of hope.  Listen to the soft voice.  Feel the Holy Spirit as He speaks peace over you.  Reject the thoughts of fear.  Push away the feelings of hopelessness.  Listen.  God is speaking.  Remember when Elijah wanted to see God?  God called him to stand on the mountain and listen.   The wind blew, there were earthquakes and fire, but the Lord wasn’t in the storms.  He was in a quiet voice.

God isn’t in the confusion of quarantine and isolation.  He isn’t in the voices of hopelessness and fear—He is in the quietness of His presence.  We are in-the-moment, learning to hear the voice of God.   He is speaking to you right now.

Right behind you a voice will say,

“This is the way you should go,”

whether to the right or to the left.NLT