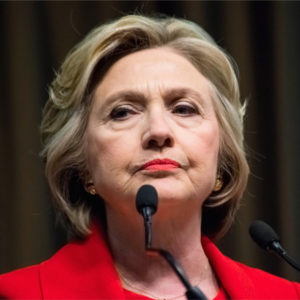 Most have heard the aphorism, “If you tell a lie often enough, people will believe it is true.” Although believing a lie never makes it the truth, the consequences of an entire nation ascribing to an orchestrated falsehood can be devastating.

This has certainly been the case with the charge that “Trump colluded with the Russians.” Multiplied millions of Americans believe this is true, making Trump a traitor. Many will go to their graves believing this is what happened, despite the verifiable facts that have completely debunked this deception. It isn’t true and it never has been true.

Through recently released declassified documents by the Director of National Intelligence, John Radcliffe, it has become clear that the entire “Russian Collusion” narrative was actually a scheme hatched by Hillary Clinton and her campaign staff to divert attention away from her “missing emails scandal” in 2016. As part of the fabricated Trump-Russian Conspiracy, the Russians were allegedly running their operation through their Miami consulate with Carter Page feeding Russian intelligence to Trump’s campaign manager, Paul Manafort.

Accepting this at face value, the FBI launched Crossfire Hurricane, their investigation aimed at stopping Trump. The conspiracy to “get Trump” included the CIA, President Obama and Vice President Biden. All of this proceeded as if it were true, even though Carter Page never knew Manafort and the Russians have never had a Consulate in Miami. Despite the obvious falsehoods that predicated the investigation, the FBI, with the blessing of Obama and Biden, proceeded anyway.

The problem with Hillary’s scheme, other than it was nothing more than it a deceptive dirty trick, was that it was dependent on the Steele Dossier, which was assembled by a real Russian spy, Igor Danchenko. This means the real Russian collusion came from Hillary and not from Trump.

Despite all of the destruction and divisiveness that has come from Crossfire Hurricane, more Americans continue to believe Trump colluded with the Russians than don’t believe it. The reason is because the Democrats and the media have done everything in their considerable power to establish this lie as the truth. The Democrats and the fake-news Media are good at doing things like this, aren’t they?