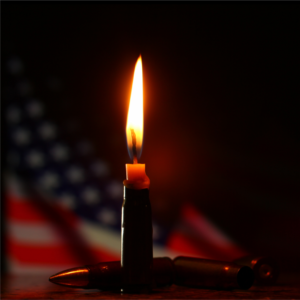 I’ve been very hesitant to write this article. When this happens, it usually means I feel compelled to write something very strong but am apprehensive about doing so. Knowing it needs to be written, however, here goes.

As Christians, we are commanded to pray for our leaders, even the ones we do not like or disagree with. When President Obama was elected, I opposed him from the very beginning, but he was legitimately elected. Therefore, I became the loyal opposition and prayed accordingly. When President Trump was elected, since I agreed with his policies, perspective and worldview, I had no trouble praying for him to be successful, which he was, despite the perpetual hostility of the Radical Left, the Deep State and the Democrats.

This brings us to Joe Biden and Kamala Harris. Being convinced they did not win the election legitimately, I cannot in good conscience pray for them to be successful. In fact, I actually would consider praying for their success to be a sinful act. To pray for them positively, I would be asking for God to honor and reward corruption and criminality. This is something I would never do. Furthermore, I’m astounded by the lack of discernment by many people of faith who seem to be conflicted by how to pray for the two of them.

My prayer for Biden and Harris is for Almighty God to expose them to the entire world for who they are. I want everyone to know exactly what they did. Not only am I praying for this, but I am also working diligently to do everything in my power to enlighten people about who the Usurper and the Usurpress really are.

Let me explain the reasoning behind my position. By gaining power illicitly through voter fraud, the Biden-Harris ticket broke the social contract with the American people. Fundamental to who we are is our commitment to be governed by the will of the majority, with the minority being the loyal opposition. This system has worked for us, with the notable exception of the Civil War, since 1793, when George Washington became our first President. When Biden-Harris took office, the social contract ceased to operate. In fact, it ceased to exist. What we have now is a lawless administration. We are being governed illegitimately.

The will of the American people has been nullified by what happened in Atlanta, Phoenix, Philadelphia, Detroit, Milwaukee and Las Vegas, but that’s not all. The institutions we have always depended upon to provide checks-and-balances have also let us down. Not only has Congress failed to do its duty, but the courts, DOJ and FBI have also failed to do their duty. The end result has been the disenfranchisement of at least 75 million voters and the breaking of the social contract for the minority to submit to the will of the majority.

Because of what has happened, to pray positively for anything involving Joe Biden, Kamala Harris or those who are behind the scene empowering them, isn’t something any honorable person of faith should even consider. Their tenure is an abomination to every value we have ever held dear as American citizens. Everything they touch, everything they do, especially Biden’s Executive Orders, lacks legitimacy. It is all the fruit of the poisoned tree. Therefore, based on what I know and believe to be true, to support them in any way would be a sinful act on my part. This is something I will never do.