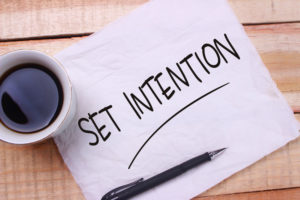 In 1960, the Green By Packers lost the NFL Championship to the Philadelphia Eagles. It was a devastating defeat for the Packers, who walked off the field knowing they were the better team and should have won the game. Coach Lombardi called all the players together in the locker room and told them in a very level voice, “Perhaps you didn’t realize that you could have won this game. But I think there is no doubt in your minds now. And that’s why you’ll win it all next year.” With this vision clearly focused in their minds, the Packers won it all in 1961 and won it again in 1962 for good measure. They had become intentional!

This year is the 500th anniversary of the Reformation that rocked the political, religious and economic foundations of Europe and paved the path for Christian civilization in the West.

While prophets have long been emphasizing REVIVAL it may be a REFORMATION that actually arrives. Think—Do we NEED a revival or reformation? One pastor friend defined revival as what you do to something dead. Another friend says revivals are short bursts of renewal whereas reformations are long term restructuring of society. Revivals are fun! Reformations are work!

James says, “Faith without works is dead.” Meaning what? “Prayer without action is lifeless.” If Joshua insisted on praying when God told him to get off his face and address the problem in his camp, he never would have crossed into the land. If Joshua had not been intentional in his actions he never would have secured an inheritance for his children.

And that is where we are today!

Many believers and church folk are praying and waiting for God to do the unpleasant task HE has called us to: Cross over and occupy. And that requires Intentionality!

Intentional is best defined as; made, given, or done with full awareness of what one is doing. Other words for intentional are: deliberate, intended, purposeful, designed planned.  Scriptures state similarly in Isaiah 14:26 “This is the plan that is purposed upon the whole earth.” Also in 2 Chron. 2:1 Solomon determined to build the temple.

Business and education have a unique way of addressing his topic. These two mountains and spheres refer to it as Mandates. The scriptures refer to them as Laws. Therefore let’s see, let’s see what men are mandated to do.

Rather than ask: How long will it take, we should wonder how FAR can I go! Think of Progress as a sum that increases the farther you travel, and not as time running away from you. Remember: a UNLIMITED store of POTENTIAL already lives within you!! Therefore, do not shy away from challenges. If you see a need, that’s God’s way of alerting you to the fact that HE has equipped with the favor and anointing to meet it victoriously! No matter the situation. No matter if it’s in business, in the classroom or courtroom. Be intentional! Then we find it…

Law of the Mirror

Question: Is your self-image what it should be?

This is important because, on average, most people are never able to outperform their self-image. Believing and seeing the good within you…The Lord Jesus!…Will not only improve your self-image yet allow you to become your best self!!

Law of the Rubberband

Self-improvement implies a tension between where you are and where you want to be.  And that can lead to discomfort.

Rather than run from discomfort embrace it.

Growing implies stretching! To reach your potential you must grow, and to grow, you must be highly intentional. Finally…

When you become intentional in your faith and life, those efforts of intentionality create ripples. A single touch to the water’s surface creates a circular wave that continues all the way across to the other side. And it involves taking ownership of your faith and life. Both in word and deed.

Jesus made this choice with Lazarus. Although dead, Jesus spoke of him as not dead just sleeping. Was he mislead? No!

He modeled intentionality! He was seeing the future—with Lazarus raised up—and bringing that reality to the present and seeing its manifestation.

And we’re to be Like Him—yet in greater ways!! And doing it on purpose!!

We Connect Magazine is all about getting you and others to take ownership of your faith and call. And being a Believer you’re not only called to evangelism yet to patriotism too!

There is another word for our radio show, Boots on the Ground, and that is Grassroots movement. One of the co-founders of We Connect Magazine held a conference in Orlando, Florida for the purpose of training individuals to bring influence to their area of interest.

During that weekend, they focused on:

There are more and more groups, organizations and individuals focusing on the idea of reformation. There is an old song that states, “The wind is blowing again. Just like the Day of Pentecost! The wind is blowing again” Just like when Jesus turned the water into wine, which caused the guests to declare the best wine, was kept for last. Beloved, the best is yet to come and we are beginning to see reformation slowly beginning to emerge!

Pastor Chuck Smith once said this is a “Day of Defining.” Maybe America is reaching a defining moment. My concern is that in the midst of revival activity and spiritual drum beating there is no news impact being made by the church as a revival and reformation force in shaping current events—in America especially. Are we missing something?

It’s my prayer that we’re not preaching a revival for pacifists while Lexington and Concord bleed! History is happening around us. Some people shape history while others hide. Beloved, let’s enlarge our sphere! Let’s make couples and families and singles strong as home bases of a larger revival movement!