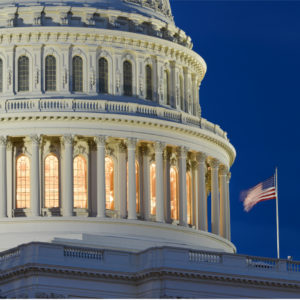 President Trump is destined to have a significant legacy, which includes rebuilding the military and expanding our economy, but his greatest achievement will have been the transformation of the judicial branch of government. Trump’s impact, thanks to President Obama leaving 120 judicial appointments vacant, will change the landscape of America for the next half-century.
Trump’s administration has been a success in getting more than 160 federal judicial nominees confirmed by the Republican-controlled Senate. This including 48 appeals court judges and two Supreme Court Justices. To date, about a quarter of all current federal appeals court judges have been nominated by Trump, and every one of them has been a Conservative—just like Trump promised they would be.
He has been able to do this because the Republicans control the Senate, and Mitch McConnell has been a master at holding the Democrats in check to confirm each of Trump’s appointments. Currently, the Republican has 53 Senators and the Democrats have 47, so the margin is very thin. To complete the judicial transformation, the Republicans need to maintain their majority. If they lose it in 2020, no more judges will be confirmed. You can count on Schumer being an obstructionist, just like Pelosi has been.
The Senate is particularly vulnerable in 2020 because there are many more Republicans up for reelection than there are Democrats. In fact, the only Democratic seat that is vulnerable is Doug Jones (D-AL). The Republicans are vulnerable in at least the following races:
—Susan Collins, Maine
—Martha McSally, Arizona
—Cory Gardner, Colorado
—Thom Tillis, North Carolina
If the Republicans lose all of these races, Trump’s transformation of the judicial branch of government will cease. But now, thanks to Governor Brian Kemp of Georgia, we will be able to add another marginal candidate, Kelly Loeffler. This woman is who Kemp intends to appoint to take Johnny Isakson’s seat. By appointing an unknown, untested person, Kemp is risking Trump’s legacy, but the Georgia Governor, who would not have won in 2018 without massive help from Trump, doesn’t care.
Kemp knows how high the stakes are and that Rep. Doug Collins, who is well-known throughout the state, would have a much easier time being elected in the special 2020 election. Nevertheless, as unwise as Kemp’s decision is and how soundly he has been criticized for making it, he intends to risk control of the Senate anyway. Therefore, in my opinion, he is masterfully playing the part of an ingrate and a fool. Kemp’s decision may have a negative impact not only on Georgia but also the rest of the country that will last for decades. This is how big a fool Kemp is. Every Georgian needs to understand exactly what is at stake here.
—Jack Watts